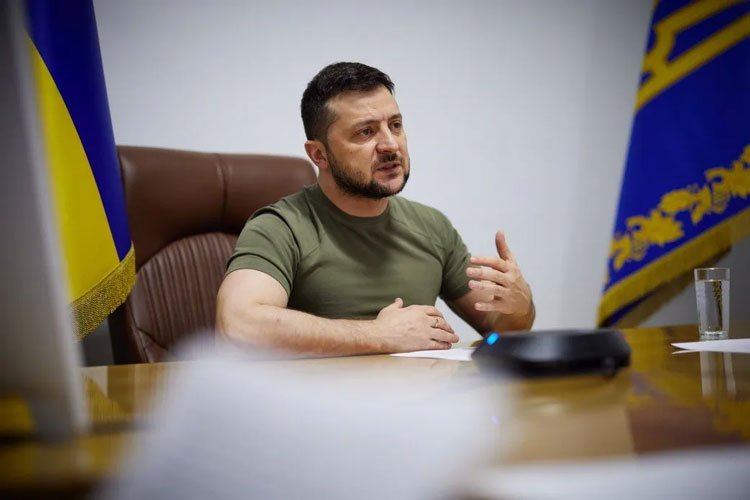 The President of Ukraine, Volodymyr Zelenskyy, has called on the world’s energy producers to increase their output, warning the war has already created a future global food crisis.

As his country continues to fight the invasion by Russia, he told a meeting in Qatar that now was the time for countries to increase energy production in order to deprive Russia of opportunities for energy blackmail and with it stabilising the situation in Europe.

During his address via video to the Doha Forum – 2022, Zelenskyy said:

“The topic of this year’s forum in the beautiful, peaceful and respectful city of Doha is the challenges for the new era. But, unfortunately, not everyone on our planet perceives reality adequately and understands that we need to prepare for new times. Russia, as we see, wants a time when peaceful coexistence of nations on equal terms was impossible on earth. Can we allow this?”

He stressed that after a full-scale attack by Russia, which is 28 times bigger, Ukraine has been defending itself on the battlefield and “couldn’t find justice in the world” for 31 days already. Russia, on the other hand, is threatening to use nuclear weapons, and “boasting that it can destroy not only a nation, but also life on earth with nuclear weapons.”

“So that someone 28 times bigger does not think he can do anything he wants. And that the nuclear status of the state does not serve as a permit for any injustice against other states,” the President said.

Zelenskyy added that the war in his country will impact people around the world, a warning there is now a looming food crisis  following the displacement of 10 million Ukrainian, given Ukraine is one of the world’s most important food exporters.

“Wheat, oil, corn and other agricultural products from our country are the basis of stability and internal security of many countries in different parts of the world… Russian troops mine fields in Ukraine, blow up agricultural machinery, destroy fuel reserves needed for sowing,” he explained. “They blocked our seaports. Why are they doing this? Our state will have enough food. But the lack of exports from Ukraine will hit many nations in the Islamic world, Latin America and other parts of the world.”

He urged the world to unite the efforts to prevent food shortages in the world due to the war. In particular, by strengthening the sanctions policy against Russia.

“All the restrictions that have been imposed on Russia are aimed at only one thing: for Russia to start seeking peace, so that it does not pose global threats. I call on all states to join. Russia must seek peace. It must end the war against Ukraine. It must stop all attempts to break global stability and return to the world the old disgusting habits of those who sought colonies and instilled inequality,” said Zelenskyy.

He added the refusal of European countries to purchase Russian oil and gas is only a matter of time.

“The responsible states, in particular the State of Qatar, are reliable and reputable suppliers of energy resources. And they can contribute to stabilizing the situation in Europe,” he added. “They can do much to restore justice. The future of Europe depends on your efforts! I urge you to increase energy production! So that Russia understands that no state should use energy as a weapon to blackmail the world.”