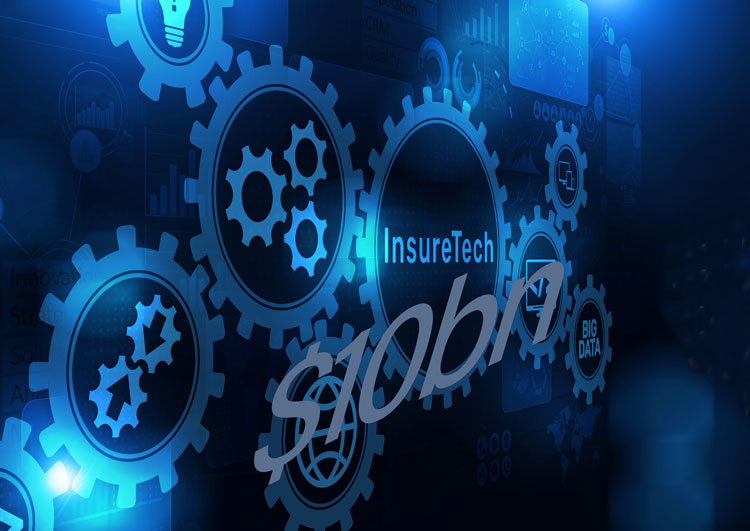 Capital invested in insurance technology start-ups in 2021 has surpassed the $10 billion mark for the first time in any one year on record, according to Willis Towers Watson (WTW).

Indeed, according to the broker, with three months left to go, 2021 is now only $12 million short of the entirety of what was invested in the insurtech space for 2018 and 2019 combined.

Deal numbers were up only 9% year-on-year, but the number of mega-rounds of $100+ million reached 11 and accounted for more than half of total funding (down from nearly 70% in Q2, 2021, a quarter that broke nearly every record).

Two of the three largest deals were with cyber-related insurtechs Coalition ($205 million) and At-Bay ($185 million).

The share of US-domiciled investment targets rebounded to nearly 46%, an increase

of roughly seven points from the previous quarter, but countries including Indonesia,

Early-stage start-ups raised a record-breaking $630 million, as their average deal size grew to nearly $12 million, according to WTW. The share of seed and angel rounds fell dramatically, however, to just 19%, its lowest point since Q2, 2020. Conversely, Series A deal count nearly doubled to 31% of deals.

Commenting on the analysis Dr Andrew Johnston, global head of InsurTech at Willis Re, said that the growth in investment over the past decade for insurtechs has been significant, but that “the stark pattern is a concentration of the much for the few”.

“For example, in the second quarter, more than two-thirds of the total capital raised went into 15 deals. Roughly 0.5% of the world’s insurtechs shared $3.3 billion, while $1.5 billion was distributed between another 147. Funding was zero for the remaining 95%.”

"Nobody should imagine that Russia’s invasion can justify a wave of new large-scale fossil fuel infrastructure in a world that wants to limit global warming to 1.5 C." [email protected] https://www.linkedin.com/pulse/what-does-current-global-energy-crisis-mean-investment-fatih-birol

A blood test to screen for prostate cancer may be better at doing so than experts originally thought, particularly among Black men, according to a new study https://cnn.it/3FQIeZI

The more than $5 trillion approved since the start of the pandemic has become a wellspring for criminal activity, allowing fraudsters to siphon money away from hard-hit American workers and businesses who needed the help most. https://wapo.st/3PriFCL

The RepowerEU plan will cut gas consumption by 30% by 2030

Clean energy will surge to take its place

But all the US seems capable of talking about is LNG exports to a disappearing market https://on.ft.com/3Mrm1np