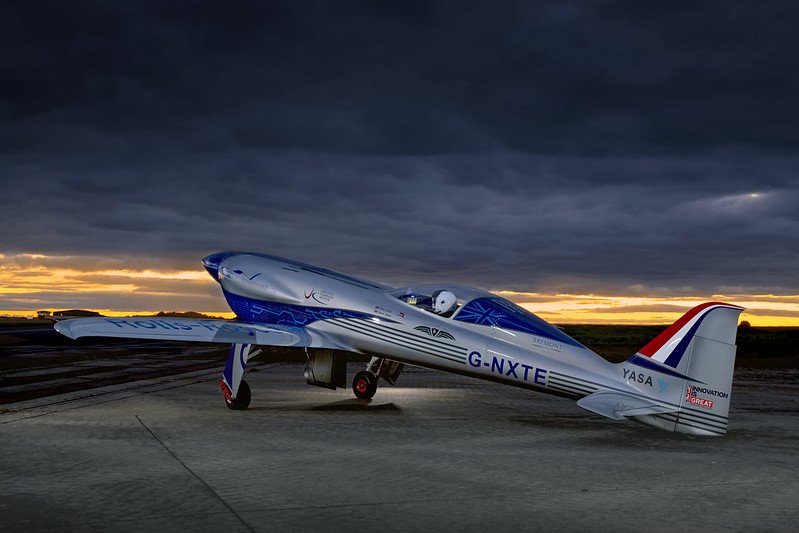 Rolls Royce announced it has taken a major step towards “jet zero” revealing it has built the world’s fastest all electric vehicle.

“During its record-breaking runs, the aircraft clocked up a maximum speed of 623 km/h (387.4 mph) which we believe makes the ‘Spirit of Innovation’ the world’s fastest all-electric vehicle,” said the company.

Warren East, CEO, Rolls-Royce, said he believed that the aircraft would pave the way to a new era for electric vehicles and aircraft in particular.

“Staking the claim for the all-electric world-speed record is a fantastic achievement for the ACCEL (Accelerating the Electrification of Flight) team and Rolls-Royce. The advanced battery and propulsion technology developed for this programme has exciting applications for the Advanced Air Mobility market. Following the world’s focus on the need for action at COP26 this is another milestone that will help make ‘jet zero’ a reality and supports our ambitions to deliver the technology breakthroughs society needs to decarbonise transport across air, land and sea.”

Business Secretary Kwasi Kwarteng said: “Rolls-Royce’s revolutionary Spirit of Innovation aircraft is yet more proof of the UK’s enviable credentials when it comes to innovation. This record will show the potential of electric flight and help to unlock the technologies that could make it part of everyday life. The government is proud to back projects like this to leverage the private investment necessary to unlock cleaner, greener aircraft which will allow people to fly as they do now, but in a way that cuts emissions.”

The aircraft was propelled on its record breaking runs by a 400kW (500+hp) electric powertrain and the most power-dense propulsion battery pack ever assembled in aerospace.

“The project and world record runs provided important data for our future electric power and propulsion systems for all-electric urban air mobility and hybrid-electric commuter aircraft,” said East. “The characteristics that ‘air-taxis’ require from batteries, for instance, are very similar to what was developed for the ‘Spirit of Innovation’.”

Gary Elliott, CEO of the Aerospace Technology Institute, said: “The ACCEL project demonstrates that strategic investment in UK technology and innovation can achieve extraordinary world-beating results, and sets us firmly on the path to decarbonising passenger flight in the future. This achievement of Rolls-Royce, Electroflight and YASA will resonate for many years to come and inspire the next generation of aerospace engineers. They deserve their place in the record books, and the ATI is proud to have played our part in that.”