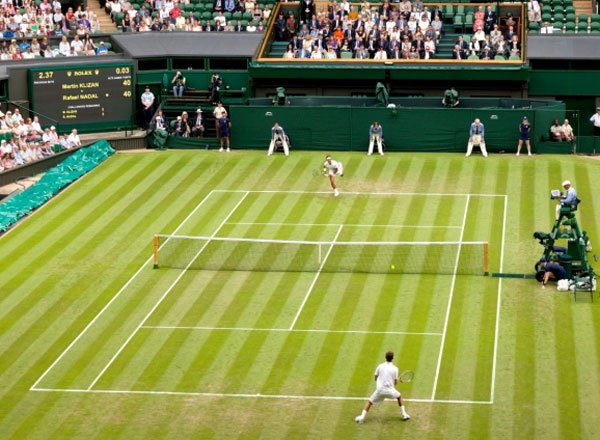 The All England Club has said that whilst it will benefit from its decision to take out pandemic cover this year it does not expect to have the ability to take out similar insurance for 2021.

Tennis fans were due to flock to the opening day of the Wimbledon Championship today but All England Club CEO Richard Lewis has said that the organisation was in contact with the ten insurers which provide the championship’s annual policy.

Mr Lewis told the media that if the Championship has to be cancelled next year insurers will not have agreed to extend the current policy coverages.

“No that’s impossible [to get pandemic insurance] in the current climate,” he explained. “What I would say about the future though is that when I first started in 2012, there were some signs that things were not insurable, because of communicable diseases that had taken place like SARS and swine flu.

“In the immediate aftermath you can’t get insurance but fairly soon after that, you can start to get insurance again, the market returns. So, there won’t be insurance next year, but I think in the medium term, just because we’ve made one claim it won’t affect us in the long term.”

Mr Lewis added “We haven’t even got to our financial year-end yet, that’s the end of July, and it will take two or three months to work through the rest of the insurance claim and also to work through the final numbers so we won’t know until the end of the year. ‘But I’m optimistic that the surplus will be pretty well protected and therefore the impact – nobody wants to cancel; nobody wants to make an insurance claim – but the impact will be somewhat minimised.”

He added that the fact that insurance was in place played no part in the decisions to call off this year’s tournament.

“I think I emphasised it when we cancelled: we cancelled because we had to cancel,” he said. “There was absolutely no ifs nor buts. The fact we had insurance was incidental in the sense it’s then triggered once you make the decision to cancel. I think there will be a lot learnt between now and next year from a scientific point of view, behavioural point of view, organisational point of view that will be very different from this year.

“I don’t think the insurance aspect will be relevant. It genuinely wasn’t relevant this year. If we could have staged The Championships in some shape or form then we would have done.

“I think next year the lack of insurance, again, Wimbledon will do what’s right for The Championships long term, not take a short-term decision.”