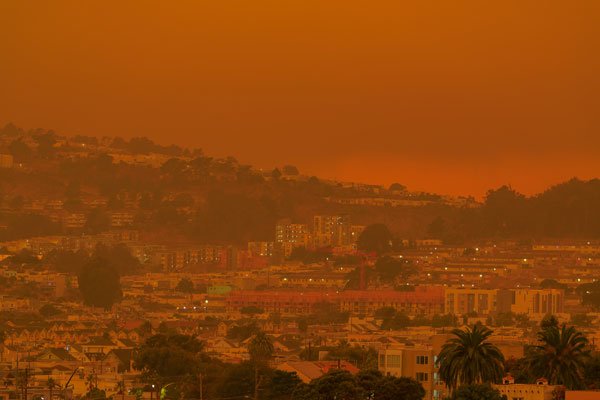 The costs of the wildfires which have ripped through the Western United States have been put at potentially $8 billion.

However, with fire still raging the total may rise according to catastrophe risk company RMS.  Its latest estimates put the insured losses for the Western US at between $4 and US$8 billion. The figure is the estimate as of 20 September 20, and RMS warns further escalation in losses are likely as many fires are still ongoing in California, Oregon, and Washington.

The firm said the estimates for the insured losses in Northern California is between $3-5 billion, while for Washington and Oregon the figure is $1-3 billion.

RMS estimates include losses from property damage, including evacuation and smoke damage, business interruption (BI) across residential, commercial, industrial lines, and additional living expenses (ALE). Smoke and evacuation are significant contributors to losses during the ongoing Western U.S. wildfires, contributing about 20 percent of losses in Northern California fires and about 35 percent in Oregon and Washington fires, respectively.

Michael Young, Vice President, Product Management said: “While this season is exceptionally noteworthy on many fronts, I want to highlight a silver lining: 30 to 60 percent of structures in many of these mega complex footprints actually survived the fire. This is because building science has identified many factors that increase the survivability of structures such as wildfire-resistant vents. We need to find bold ways to duplicate those measures at scale. If this is the new normal, we can’t afford not to embrace effective steps towards mitigation.”

The Wildfires in the Western US have led to over four million acres burned so far (2.5 million in Northern California and over 1.5 million in Oregon and Washington) and over 13,500 structures damaged or destroyed as of 20 September.

“As many major fires are still active in these states, additional increases in loss are possible,” warned RMS.