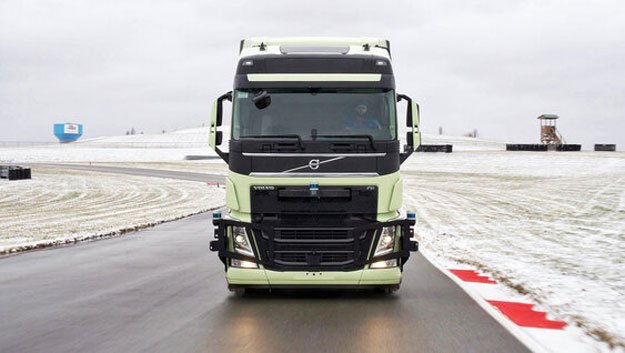 Sweden’s Volvo is partnering with Californian self-driving start-up Aurora on a new line-up of autonomous trucks.

The vision is for the trucks to be deployed in North America on highly frequented so-called ‘hub-to-hub’ routes.

The deal between Volvo Autonomous Solutions and Aurora — which was founded by former executives from Google, Tesla, and Uber — is a “long-term partnership spanning several years,” the companies said.

Aurora has been testing its “Aurora Driver” hardware and software stack since last year.

“This exciting partnership brings our goal of transport as a service an important step closer and will accelerate our commercial offer for hub-to-hub applications in North America.”

Volvo is the second largest manufacturer of heavy duty semi-trucks, which involve the combination of a tractor unit and one, or more, trailers to carry freight.

Long-haul trucking is likely to be one of the first broad applications of automated driving technologies.

Indeed, there are widespread fears in the trucking industry that autonomous technology could lead to job losses among truckers.

A 2017 study found that automated trucks could reduce the demand for drivers by as much as 50 to 70 percent in the US and Europe by 2030, with 4.4 million of the 6.4 million professional drivers on both continents rendered obsolete.

The announcement of the association follows Volvo’s plans to sell only electric cars by 2030, revealed earlier this month.

Volvo had previously said it wanted half of its sales to be electric by 2025, but said on 2 March that its new strategy  was an “acceleration” of plans to phase out internal combustion engine sales completely.

Last year Volvo launched its first fully electric car, the XC40 Recharge, and it will unveil a new electric 40 Series on Tuesday.

The Swedish carmaker, owned by Chinese conglomerate Geely, also said it would only sell its electric cars direct to consumers online, in a blow to the traditional model of selling vehicles via independent dealerships.

Volvo’s announcement follows that of Ford, which last month unveiled a $22 billion programme of investmentthat will see every passenger vehicle manufactured by the firm in Europe fully electric within nine years.

Ford has said it is “to go all-in” on its electric passenger vehicles and to substantially grow and electrify its commercial vehicle business.