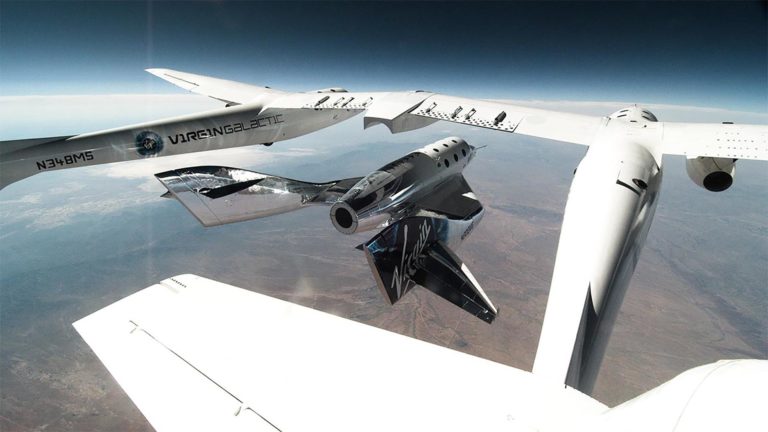 The US Federal Aviation Administration (FAA) has given Virgin Galactic approval to begin transporting commercial passengers to space aboard its VSS spacecraft.

The approval updates an existing licence that had permitted the company to conduct test flights only.

This means that the way is effectively cleared for Virgin Galactic to being operating as the world’s first official ‘spaceline’.

The company aims to provide regular service for space tourists and researchers to suborbital space, with an experience that includes views of Earth and several minutes of weightlessness during the trip, which is expected to take roughly two hours.

However, the FAA approval is not the final one before Virgin Galactic begins actual regular service flights for paying customers, as the company still needs to complete three remaining test flights.

These will be the first flights of the Virgin spacecraft and its carrier plane while carrying a full crew, with the goal to fly the first of those sometime “this summer,” according to Virgin Galactic CEO Michael Colglazier.

“We’re incredibly pleased with the results of our most recent test flight, which achieved our stated flight test objectives,” he said.

“The flight performed flawlessly, and the results demonstrate the safety and elegance of our flight system. Today’s approval by the FAA of our full commercial launch license, in conjunction with the success of our 22 May test flight, give us confidence as we proceed toward our first fully crewed test flight this summer.”

In May, Virgin Galactic announced it had completed its third spaceflight and the first ever spaceflight from Spaceport America, New Mexico.

Virgin’s VSS Unity achieved a speed of Mach 3 after being released from the mothership, VMS Eve, and reached space, at an altitude of 55.45 miles before gliding smoothly to a runway landing at Spaceport America.

Virgin Galactic fulfilled a number of test objectives during the flight, including collecting the data to be used for the final two verification reports that are required as part of the current FAA commercial reusable spacecraft operator’s license.