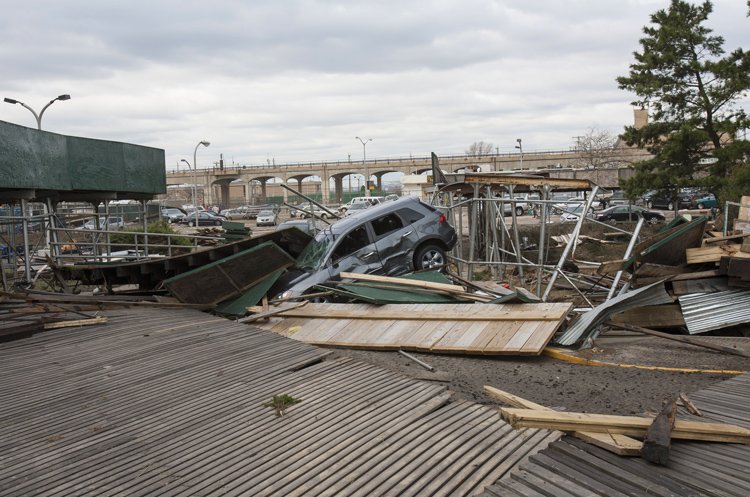 Extreme event modelling firm AIR Worldwide has updated its insured loss estimates for Hurricane Ida after analysing the inland flood impacts across the entirety of its track, including the Northeast.

AIR now estimates that Ida’s insured industry losses will range from $20-$30 billion, and increase from its original forecast range of $17-$25 billion.

Included in the estimates are losses to onshore residential, commercial, industrial properties, and automobiles for their building, contents, and time element coverage, as well as estimated insurance take-up rates for wind and flood across the entirety of Ida’s track, including the flooding that occurred in the Northeast.

AIR’s losses do not include any estimate of losses from the National Flood Insurance Program, or any losses from offshore assets. The industry loss estimates also reflect an adjustment to account for increased material and other repair costs in the current construction market.

The remnants of Hurricane Ida doused the Northeast and caused flooding damage and disruption across the region. Flooding was reported from Pennsylvania to Massachusetts, with New York, New Jersey, and Pennsylvania bearing the brunt of the impact.

In addition to the precipitation-induced flood impacts, damage was reported across several states due to hurricane-spun tornadoes. Furthermore, some of the neighbourhoods across the inland and north-eastern states saw damage resulting from trees falling on homes.

There were reports of many trees uprooting due to antecedent saturated soil conditions due to rainfall from Hurricane Henri a few weeks ago. Claims arising from these would be paid under the wind category.

According to AIR and Xactware analyses, materials costs have increased significantly in the past year from supply chain disruption in the construction market. Although these costs have moderated since their peak in July when they were 80% higher than September of last year, they remain about 30% higher. (Click here for more details.) Repair costs are still up significantly.

AIR added that reconstruction costs are more expensive today than they were a year ago:

“The increase in the total reconstruction cost index means that costs are higher on average nationally; this affects the low- as well as the high-severity events. The difference in magnitude of the impact will come from the mix of construction materials used. For example, minor wind losses are less likely to require repairs that use more expensive inputs such as structural lumber; however, dwellings that are a total loss would require a broader mix of inputs that reflect the higher increases indicated by the total reconstruction index.”

“These increases are outside the scope of demand surge, which tries to answer the cost increase question from a post–extreme event perspective. Therefore, companies should bear these increases in mind and should expect the average claim to be higher before considering demand surge.”

The loss modeller also said that an additional source of uncertainty related to materials cost demand surge is the cost of diesel fuel, which has been impacted by the shutdown of refineries during Ida; this fuel would be used to transport materials:

“While some of these facilities were undamaged, the uncertainty around the timing of the restoration of the power grid and lack of electricity in the meantime is going to keep some of them from coming back online and contributing to the diesel fuel supply.

In addition to the precipitation-induced flood impacts, damage was reported across several states due to hurricane-spun tornadoes. Furthermore, some of the neighbourhoods across the inland and north-eastern states saw damage resulting from trees falling on homes.