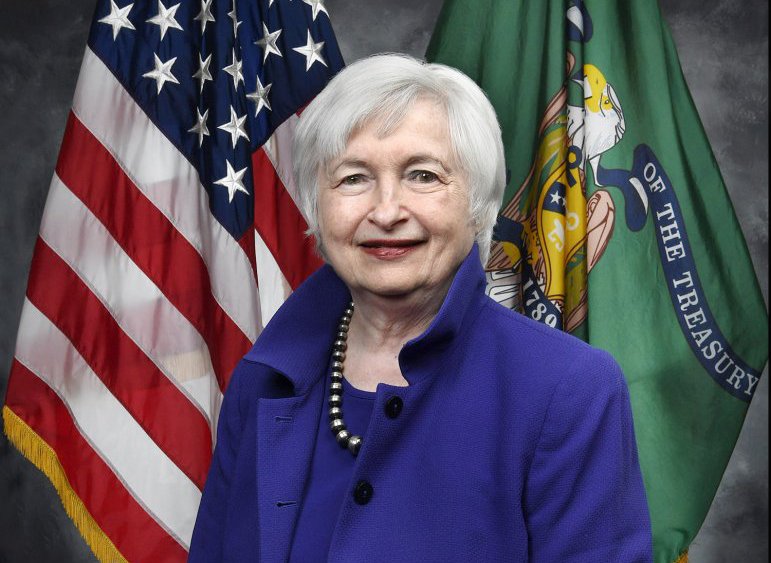 US warns climate action will be on the regulatory agenda

US Secretary of the Treasury Janet Yellen has said  climate change cannot be a problem that is simply handed to the next generation.

Speaking at the end of a meeting between G20 finance ministers and leading banking organisations, in Venice, she said action needed to be taken sooner rather the later given that the world had been aware of the threat of climate change for over three decades.

“The G20 includes some of the world’s largest emitters and being across the water from Piazza San Marco and all the rest of Venice’s beauty, we had a clear view of what was at stake if we do not act decisively,” she said yesterday. “This weekend, we spent time discussing how we must better understand and monitor the financial risks of climate change, as well as the role that multilateral development banks will play in the push towards net-zero emissions.

“That will include the banks setting ambitious timelines to align with the goals of the Paris Agreement, and undertaking further efforts to enable more private climate investment.  In fact, I will be convening the heads of the multilateral development banks to encourage them to increase their climate ambition, both to support the most vulnerable and to incentivise private investment.  To support these international efforts, I am proud that the United States is co-chairing a G20 working group to coordinate a broad range of efforts on sustainable finance.”

Yellen added: “For all of us, 2020 was the year of the pandemic. But for Venice, 2019 was also the year of the flood; the canal waters, as you know, rose higher than they had in half a century. And even before that, many of the steps and statues of the old palazzos, visible when they were built centuries ago, slipped beneath the waterline.

“One news story, I thought, put it quite well: Venice is a beautiful ruler; a city that measures our world’s rising sea levels – and, thus, the increasing impact of climate change.”

She added  that the Kyoto Conference in 1997 was the first time when the globe looked to seriously address the issues of climate.

“I told Congress to think of Kyoto as a form of insurance for our planet. Wouldn’t even a significant investment in transitioning our economies away from carbon be worth it if it saved priceless coastal cities like Venice? If it helped ensure that we kept the world liveable? And, if we addressed climate change intelligently, the benefits would far outweigh the costs.”

Yellen added: “I also think that the international landscape has become more favourable to making change. During Kyoto, we understood well the global challenge that climate change presented and the significant costs to the world of inaction, but we did not have the benefit of a G20 Finance Track then. We had fewer channels to coordinate across a broad group of countries on financial and economic challenges. By bringing together Finance Ministers, Central Bank Governors, and the broader international community to discuss the economic aspects of climate change, this Conference is an example of how far we have progressed in our approach over the past twenty years.”

She added that the work to tackle climate threats begins with “setting bold policy goals”. “We must enhance the ambition of the Nationally Determined Contributions that we submit to the UNFCCC and set targets for achieving net-zero emissions, consistent with the goals of the Paris Agreement,” said Yellen. “As Finance Ministers, we must help to develop credible domestic strategies, laws, and regulations to meet these targets. The International Financial Institutions, including the International Monetary Fund and the Multilateral Development Banks, can be important partners as we seek to design robust economic and financial policies to achieve our climate goals.”

On funding she said the investment needed to green the global economy is enormous and far exceeds the scale of official finance.

“Private capital will need to fill most of that gap.”

“Climate change also introduces new and increasing types of risk,” Yellen explained. “The risks from more frequent and severe natural disasters—so-called physical risks—have, and will continue to become, more prominent. Then there are the risks that may accompany the technological, market, and policy changes needed to address climate change—the so-called transition risks. The emergence of these risks challenges one of the financial sector’s most essential functions—ensuring that risk is borne by investors and institutions well placed to manage it.

“President Biden has recognized that this is a major problem that needs to be tackled now. He recently signed an Executive Order on climate-related financial risk, outlining a whole-of-government process to assess climate risk to the U.S. financial system and federal government.

“As part of this process, the Financial Stability Oversight Council (FSOC), which I chair, will assess the potential risk that climate change may pose to the financial stability of the United States. The Executive Order also made clear this Administration’s policy to advance the disclosure of climate-related financial risks, which we will also explore through FSOC. This will complement the work of the SEC, which is currently reviewing existing guidance on climate-related financial disclosures.”

She concluded: “So, let me end where I began, with Kyoto in ‘97. We knew back then climate change was happening and that it was an urgent crisis that demanded our attention and action. But it has been nearly a quarter-of-a century since, and we have not done nearly enough.

“We can’t afford another 25 years of inaction or low ambition.

“As we transition to the post-pandemic world, climate change has to be a challenge our global community addresses collaboratively.

“I know I’m not alone in thinking this way. This is a group committed to combatting climate change; we refuse to hand this problem off to the next generation.”

“For all of us, 2020 was the year of the pandemic. But for Venice, 2019 was also the year of the flood; the canal waters, as you know, rose higher than they had in half a century. And even before that, many of the steps and statues of the old palazzos, visible when they were built centuries ago, slipped beneath the waterline.

Janet Yellen, US Secretary of the Treasury

G20 urged to launch a ‘global deal’ to prevent catastrophic costs of future...
Scroll to top