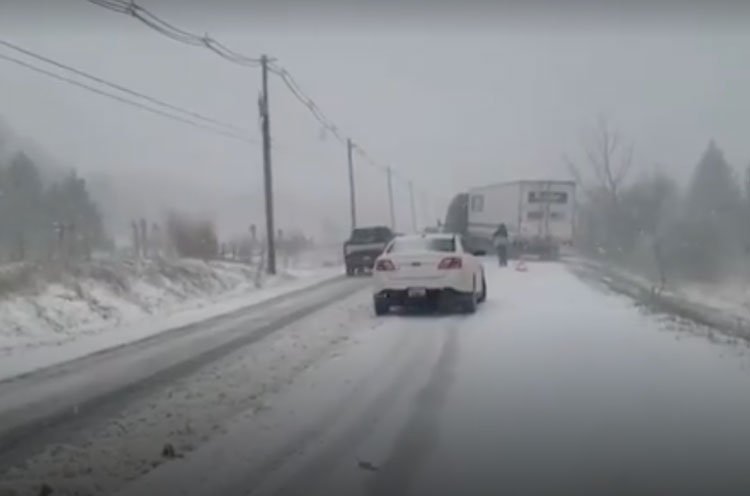 More than a quarter of a million homes and businesses in the Northeast region of the United States were left without power on this week after extreme spring weather.

The snow-storm left more than 190,000 homes and businesses in New York state and another 47,000 in Pennsylvania without power as of Tuesday afternoon.

Another 32,000 power company customers in Maine and Vermont were also without electricity, Poweroutage.us reported.

National Grid, a power company in New York, said in a statement that crews were out assessing and repairing the damage.

The storm was expected to cause further disruption, with more inches of snow in Pennsylvania, Vermont and New York predicted as it tapered off on Tuesday afternoon after producing 6 to 12 inches (15-30 cm) of snow and winds of more than 50 miles per hour overnight and during the morning, the National Weather Service (NWS) said.

New outlets across the region showed video footage and photographs of snow-covered trees and power lines toppled across roadways and sidewalks.

Downed power lines and trees also forced roads to close in several communities in central and upstate New York, the state’s department of transportation said in a tweet.

Snow accumulation will be short-lived as temperatures are expected to be above 50 degrees (F) and into the 60s on Wednesday and into the weekend, NWS said.