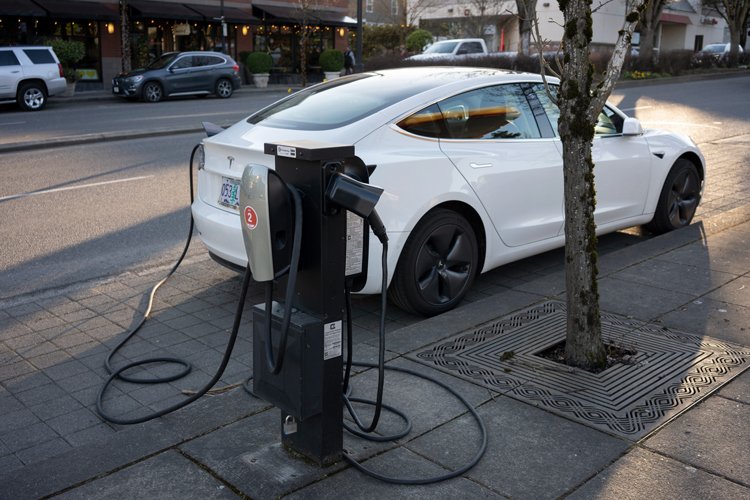 The Biden administration is expected to detail how it will award nearly $5 billion over five years to build thousands of electric vehicle charging stations.

Congress approved the funding to states as part of a $1 trillion infrastructure bill in November.

The White House wants to encourage Americans to move away from petrol-powered vehicles even as efforts to win substantial additional funding for electric vehicles in Congress have stalled.

The administration will make $615 million available in 2022 but states must first submit plans and win federal approval.

US Transportation Secretary Pete Buttigieg said funding “will help us win the EV race by working with states, labor, and the private sector to deploy a historic nationwide charging network.”

By 2030, President Biden wants 50% of all new vehicles sold to be electric or plug-in hybrid electric models and 500,000 new electric vehicle charging stations. However, he has not endorsed phasing out new gasoline-powered vehicle sales by 2030.

The Biden administration said in guidance that states should first prioritize investments along interstate highways. Other key proposals:

States should install electric vehicle charging infrastructure every 50 miles along interstate highways and be located within 1 mile of highways.

Federal funds will cover 80% of electric vehicle charging costs, with private or state funds making up the balance.

The White House-endorsed legislation stalled in Congress to increase current $7,500 EV tax credits to up to $12,500 for union-made US vehicles, create credits of up to $4,000 for used electric vehicles and lift the current 200,000-vehicle electric vehicle manufacturer tax credit cap, which would make General Motors and Tesla eligible again.