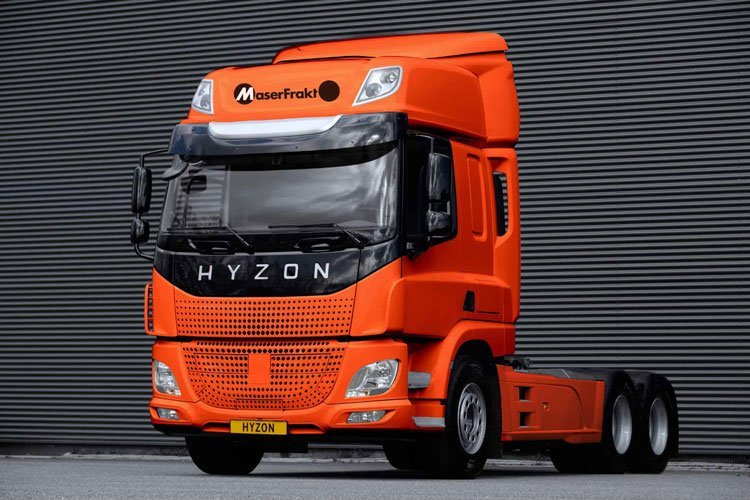 US firm to supply hydrogen trucks to Swedish logistics group

The agreement, between Hyzon Motors Europe, Hyzon’s joint venture with Holthausen Clean Technology Investment, marks a milestone in enabling emission-free long-haul transport in Sweden, as it is expected to bring the first hydrogen-powered heavy trucks in commercial operation to the country.

Through 98 kilograms of hydrogen stored onboard, the 64-ton trucks are expected to have a range of up to 680 kilometres.

MaserFrakt has already established a fleet of 1500 vehicles, half of which already operate without fossil fuels; the Hyzon vehicles are expected to be the first fuel cell electric vehicles in the fleet.

Sweden has set a target of reducing fossil carbon dioxide emissions from domestic transport (excluding aviation) by 70% by 2030, and the Swedish government has identified hydrogen as a key enabler of zero-emission long-haul transport.

MaserFrakt has received support and funding for its hydrogen initiatives through the Swedish Energy Agency and the Swedish Environmental Protection Agency (Klimatklivet and Naturvårdsverket).

As part of MaserFrakt’s participation in TRB Sverige AB, a network for sustainable fuels and heavy transports, the company has committed to reducing emissions by 70 percent within its own operations by 2026.

“Hyzon is proud to be a chosen supplier for customers who are pushing their operations towards the emissions targets imposed by each country in Europe,” said Max Holthausen, Hyzon Motors Europe CEO. “MaserFrakt AB will be the first company to deploy a Hyzon hydrogen heavy truck on the road in Sweden. The initial order paves the way for future collaborations to expand hydrogen mobility in Sweden.”

“This will be an important step in our ambitions in the energy transition,” said MaserFrakt CEO Per Bondemark. “Together with our customers we are constantly trying to find better and more sustainable transport solutions. We are confident that the collaboration with Hyzon Motors will pave the way for a greener future.”