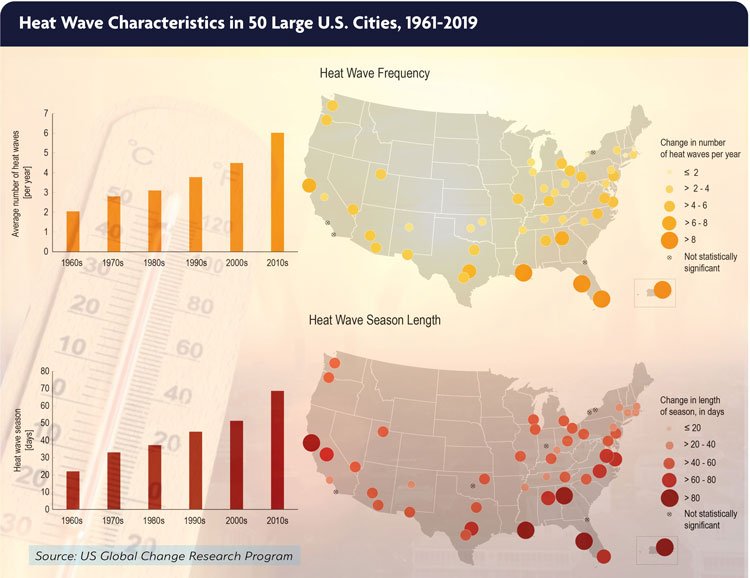 US extreme temperature days could triple by end of the century

The past week’s punishing heatwave across large swathes of the United States could be a harbinger of worse to come unless action is taken to address greenhouse gas emissions, according to research.

Unusually hot days and multi-day heat waves are a natural part of day-to-day variation in weather. However, as the Earth’s climate warms, however, hotter-than-usual days and nights are becoming more common and heat waves are expected to become more frequent and intense, according to recent research sponsored by the United States federal government.

The US itself is certainly not immune from this phenomenon: heat waves are occurring more often than they used to in major cities across the United States, from an average of two heat waves per year during the 1960s to more than six per year during the 2010s, according to the US Global Change Research Program (USGCRP), a federal program mandated by Congress to coordinate federal research and investments in understanding the forces shaping the global environment, both human and natural, and their impacts on society.

Analysis by the USGCRP indicates that the average heatwave season across 50 major cities is 47 days longer than it was in the 1960s. Of the 50 metropolitan areas studied, 46 experienced a statistically significant increase in heat wave frequency between the 1960s and 2010s. The increase in the length of the heat wave season was significant in 44 locations.

Along with this overall warming, it adds that the United States is experiencing more extreme heat events:

“While you can expect to have an unusually hot day or night every so often because of the normal, day-to-day variation in weather, hotter-than-usual days and nights are becoming more common. Heat waves, which are prolonged periods of extreme heat, are also occurring more frequently in major US cities since the mid-20th century. In addition to becoming more common, heat waves are also lasting longer and becoming more severe.”

Quite simply, according to the USGCRP, the culprit is climate change:

“A changing climate is driving these warming trends. Recent changes in climate have been caused by carbon dioxide and other heat-trapping greenhouse gases that people have added to the atmosphere through activities that use fossil fuels like oil, gasoline, diesel, propane, coal, and natural gas. While natural variations continue to play an important role in extreme heat events, climate change has shifted the odds, increasing the likelihood that these events will occur.”

Indeed, it adds, without big steps to reduce greenhouse gas emissions, the average number of extremely hot days in the United States is projected to more than triple from the year 2050 to 2100.  This means the potential heat wave season will be longer, and extreme heat could catch communities off-guard if it happens earlier or later than expected in a particular area.

And as extreme heat events become more common, more severe, and longer-lasting, scientists expect to see an increase in deaths and illnesses from heat, particularly among vulnerable populations, such as children, the elderly, economically disadvantaged groups, and those with chronic health conditions made worse by heat exposure.

We have already seen some of these effects this past week, with some 50 million Americans placed under excessive heat warnings and heat advisories as huge swathes of the United States suffered record extended temperatures blamed on climate change.

Approximately 40 million people experienced temperatures of 100F (38C) or hotter this past week, with more than 55% of the west experiencing “extreme” or “exceptional” drought conditions, according to the US Drought Monitor,

According to NASA, local ground stations reported record-breaking temperatures. On 15 June, the high temperature in Salt Lake City (42°C/107°F) tied the city’s all-time high for any day of the year. Record highs for 15 June were also set in Needles, California (49°C/121°F), and Kingman, Arizona (44°C/111°F).

The soaring temperatures have stressed power systems, with grid operators urging residents to conserve energy in order to avoid triggering brownouts or outages.

Last week California governor Gavin Newsom an emergency proclamation, the “extreme heat peril”, that allows power plants to ramp up operations quickly to meet energy demands as people across the state crank up their air conditioning.

California power grid operators issued their latest “flex alert” for Friday, asking homeowners across the state to conserve energy in the late afternoon and evening when demand surges, while the heat has also strained power grids in California and Texas and fuelled concerns over the spread of wildfires.

Unfortunately, according to the experts, there could be more temperature-related pain to come this year. Nick Nauslar, a meteorologist with the National Interagency Fire Center, told state officials this week that nearly 80% of Idaho is in drought and the rest will likely experience it in the coming months. He said Idaho had its second-driest spring in the last 126 years.

“Heat waves are getting worse in the West because the soil is so dry” from the region’s megadrought, said Park Williams, a University of California, Los Angeles, climate and fire scientist who has calculated that soil in the western half of the nation is the driest it has been since 1895. “We could have two, three, four, five of these heat waves before the end of the summer.”

Approximately 40 million people experienced temperatures of 100F (38C) or hotter this past week, with more than 55% of the west experiencing “extreme” or “exceptional” drought conditions, according to the US Drought Monitor. 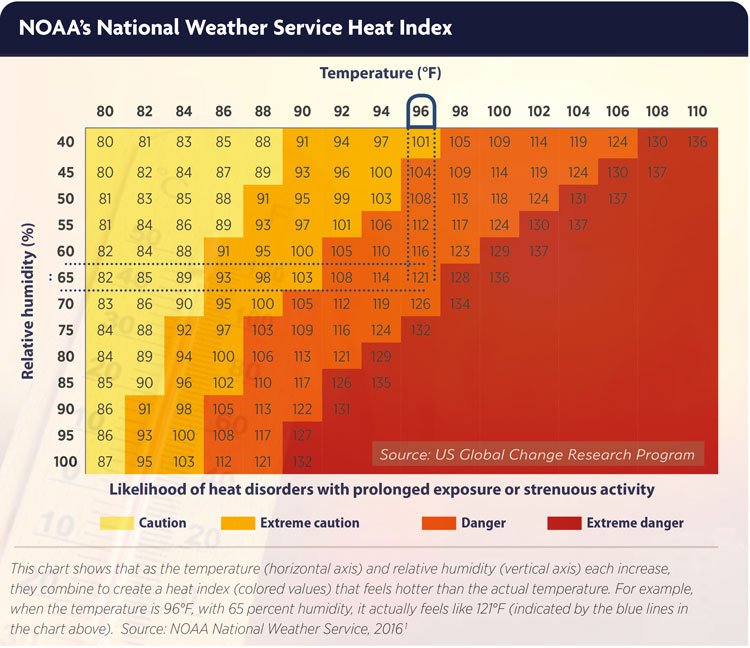 CFC’s Nelson: ransomware demands up to £1 million no longer unusual
Scroll to top