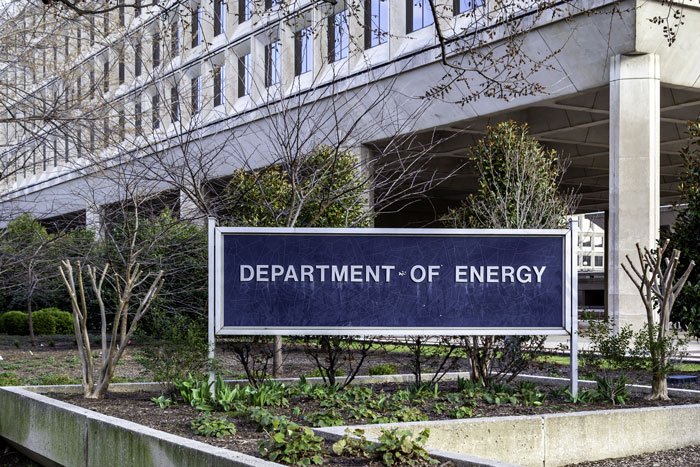 A new generation of small nuclear reactors which are a hundredth of the size of conventional plants are being touted as the future for the US energy sector.

According to the US Department of Energy, the new generation at the megawatt scale can flexibly meet a customer’s energy needs as demand grows, and will be cheaper to build and operate – and can even be operated offshore.

The new generation of reactors – all of which are at the development stage ­– have several advantages over power plants.

Firstly, it is claimed, they are more space-​efficient. A 2019 small modular reactor design from Oregon start-up NuScale is about 1 percent the size of a traditional power plant’s containment chamber, though it delivers 10 percent of a plant’s power output. A

Also, while traditional nuclear plants need a 10-mile safety buffer in every direction in case of a meltdown, smaller reactors can operate in close quarters with much less risk.

Finally, there’s scalability. Many small reactors are designed with replicability in mind. If a community, factory, or city needs an extra boost of nuclear power, they can ­– so the theory goes – order another reactor.

NuScale’s reactor design is a traditional light-water reactor but smaller, simpler, and—according to NuScale—more scalable. The design eliminates coolant pumps, external steam generator vessels, and other equipment found in existing plants, so NuScale claims it is cheaper to manufacture, lower-risk for operators, and easier to maintain.

Other players investigating the new nuclear technology include the Ultra Safe Nuclear Corporation (USNC), whose proposed design is based on allow energy density and low decay heat generation after shutdown, which – again in theory –means less risk of a meltdown.

USNC’s reactor concept uses Fully Ceramic Micro-Encapsulated fuel (FCM), in which a ceramic-carbon and silicon-carbide composite coats granules of uranium oxide. The ceramic protects the grains of fuel, but still conducts heat. When this fuel is used in a low power-density environment, it creates a reactor that, according to the USNC, can’t melt down. Inside the reactor, a feedback mechanism stops the reaction when it exceeds operating temperature.

California-based start-up Oklo’s advanced fission micro​reactor uses sodium as a coolant (among other methods), so it doesn’t require water. The 1.5-megawatt plant, Oklo says, functions much like a battery in producing electrical power. It’s self-contained, and it can self-sustain for 20 years without refuelling.