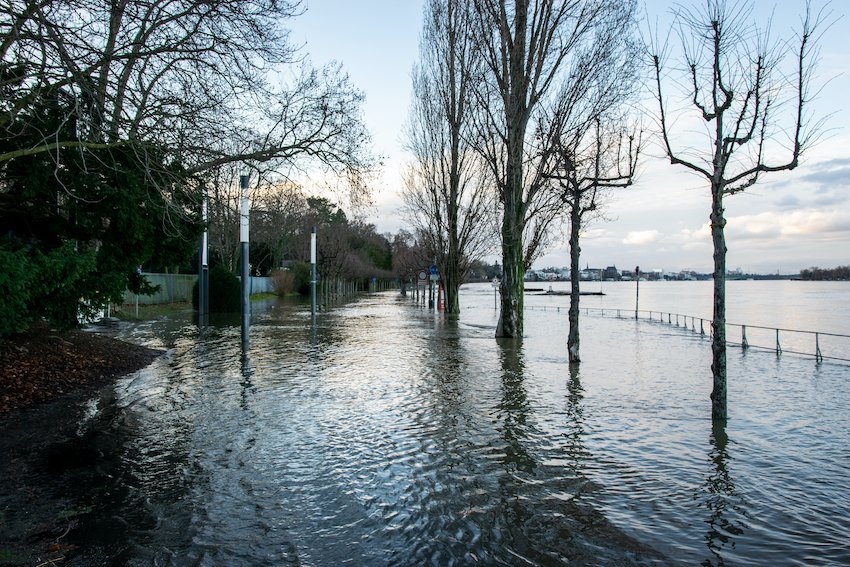 Extensive and, in many instances, unprecedented flooding across vast swathes of Northern Europe this week has been described as a “wake-up call” with regard to climate change.

“This is already the impact of the climate catastrophe and this is another wake-up call to make us realise: this is already here,” Katrin Goering-Eckardt, the parliamentary leader of Germany’s Green party, told RTL/NTV television.

Indeed, weather experts said that rains in the region over a 24 hour period had been unprecedented, as a near-stationary low-pressure weather system caused sustained local downpours.

At least 80 people have died in Germany, with dozens missing, as record rainfall in western Europe caused rivers to burst their banks, swept away homes and inundated cellars.

Four people died and 70 were missing around the wine-growing hub of Ahrweiler, in Rhineland-Palatinate state, police said, after the Ahr river that flows into the Rhine burst its banks and brought down half a dozen houses.

Hundreds of soldiers were helping police with the rescue efforts, using tanks to clear roads of landslides and fallen trees, while helicopters winched those stranded on rooftops to safety.

“It’s a catastrophe! There are dead, missing and many people still in danger. All of our emergency services are in action round the clock and risking their own lives,” said Malu Dreyer, premier of the Rhineland-Palatinate.

Further down the Rhine river, the heaviest rainfall ever measured over 24 hours caused flooding in cities including Cologne and Hagen, while in Leverkusen 400 people had to be evacuated from a hospital.

In Belgium, around 10 houses collapsed in Pepinster after the river Vesdre flooded the eastern town and residents were evacuated from more than 1,000 homes.

The rain has also caused severe disruption to public transport, with the recently introduced high-speed Thalys train services to Germany cancelled. Traffic on the river Meuse was also suspended.

Authorities in the southern Dutch town of Valkenburg, close to the German and Belgian borders, evacuated a care home and a hospice overnight amid flooding that turned the tourist town’s main street into a river, Dutch media reported.

Unusually intense rains have also inundated northeast France this week, downing trees and forcing the closure of dozens of roads. A train route to Luxembourg was disrupted, and firefighters evacuated dozens of people from homes near the Luxembourg and German border and in the Marne region, according to local broadcaster France Bleu.

The equivalent of two months of rain has fallen on some areas in the last one or two days, according to the French national weather service.

0
SHARE:
Beazley: insurers need to up their game on complex emerging risks