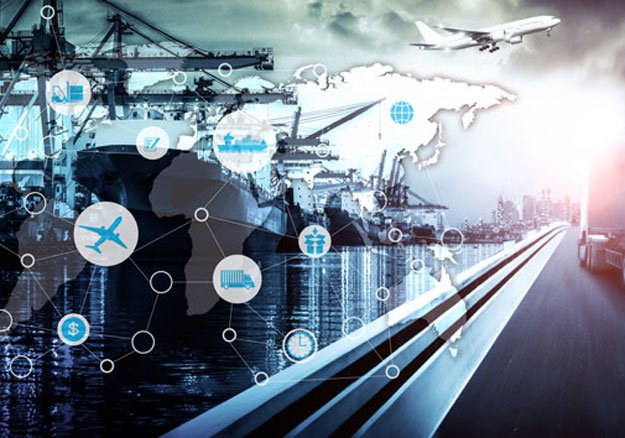 Ukrainian pressure on UK supply chain “may have only just begun”

A leading analyst has warned the UK is facing a looming supply chain crisis as the disruption from the war in Ukraine becomes ever more evident.

It comes as the UK’s Office for National Statistics (ONS) issued a snapshot of the UK’s trade with Ukraine over the 12 months to last September.

It highlighted the UK’s reliance on Ukraine for a range of goods including food supplies.

This primarily included imports of cereals (£130 million) such as wheat, maize, barley, and rice.

“Financial services (£40 million) were the largest services export to Ukraine in 2021,” said the ONS. “Specifically, this was explicitly charged and other financial services. This includes fund managers and monetary financial institutions and refers to explicit fees and commissions that do not require special calculation, for example early and late repayment fees and account charges.

“Travel exports (£20 million) were the next largest services export, and this primarily included personal travel.”

It warned that disruption was inevitable.

“There is likely to be significant disruption to supply chains that include Ukraine because of Russia’s invasion of Ukraine in late February 2022 and the ongoing conflict,” it stated.

Susannah Streeter, senior investment and markets analyst, Hargreaves Lansdown said the figures highlighted the deepening issues that UK and its businesses face as the pressure on the supply chain increases.

“Fresh warning lights are blinking about the chaos unleashed on supply chains caused by the crisis in Ukraine in this latest snapshot from the ONS,” she explained. “It’s cautioned that the repercussions of the conflict aren’t yet showing up in UK trade data, but we should be prepared for significant disruptions ahead.

“This report is yet another alert about looming price rises for groceries, as it shows that the UK was reliant on Ukraine for more than a tenth (11.3%) of all imports of vegetable oils and fats last year, so prices of such products are set for steep rises.  With the planting season severely disrupted in Ukraine, as agricultural land turns into battlefields and farmers are sent off to fight, the squeeze on supplies from the country may only have just begun.”

Looking to the figures Streeter added that the goods and services which are set to be disrupted with cause ripples across the country’s supply chains.

“The UK purchased £200 million of food from Ukrainian producers in 2021, with cereals accounting for £130 million pounds of those imports,” she added. “Although this was a drop in the ocean of all such commodities imported, given that it amounted to 0.5% of all such goods brought into the country, there will still be knock on effects of price rises across a variety of foodstuffs.

“This is partly because with even fewer exports expected from Ukraine, global commodity prices on international exchanges are being hit, which will impact the cost of food from other countries coming to the UK too. As crude oil prices creep back up above $111 dollars a barrel again, the elevated cost of energy is making every step in food processing and transportation more expensive, with shop prices are already rising at their fastest pace in almost decade, according to the British Retail Consortium.

“There has been some easing off of soaring wheat prices, as speculation has mounted that progress was made in peace talks in Turkey. But wheat prices are still a third higher than they were at the start of February, given that Russia and Ukraine together account for a third of exports globally.”

“UK consumers may be bracing themselves for an onslaught of higher prices, but other countries who import much higher proportions of grains from Ukraine are facing an even more intense food shock and potentially an escalating debt crisis, as they struggle to feed millions amid the march higher of prices,” added Streeter.