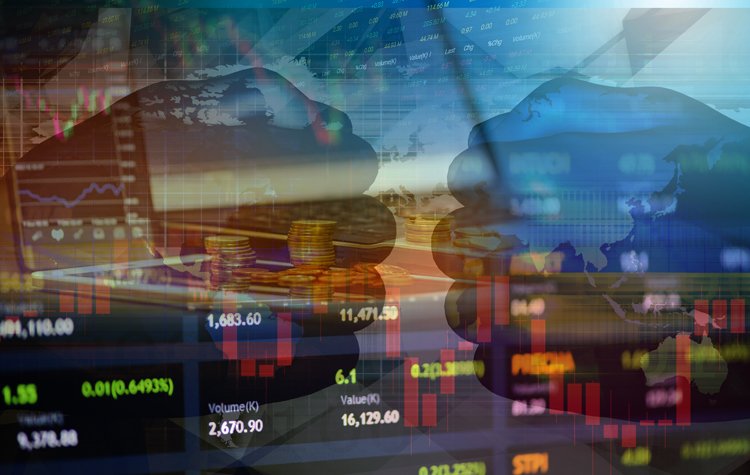 The World Bank has warned the war against Ukraine and sanctions on Russia are hitting economies around the globe, with emerging market and developing countries in the Europe and Central Asia region expected to bear the brunt.

In the run up to the bank’s Spring meeting it has warned that the economic impact will be severe and nation states will need to brace for wide ranging challenges.

The region’s economy is now forecast to shrink by 4.1 percent this year, compared with the pre-war forecast of 3 percent growth, as the economic shocks from the war compound the ongoing impacts of the COVID-19 pandemic, it explained. This would be the second contraction in as many years, and twice as large as the pandemic-induced contraction in 2020.

Ukraine’s economy is expected to shrink by an estimated 45.1 percent this year, although the magnitude of the contraction will depend on the duration and intensity of the war. Hit by unprecedented sanctions, Russia’s economy has already plunged into a deep recession with output projected to contract by 11.2 percent in 2022.

“The magnitude of the humanitarian crisis unleashed by the war is staggering. The Russian invasion is delivering a massive blow to Ukraine’s economy and it has inflicted enormous damage to infrastructure,” said Anna Bjerde, World Bank vice president for the Europe and Central Asia region. “Ukraine needs massive financial support immediately as it struggles to keep its economy going and the government running to support Ukrainian citizens who are suffering and coping with an extreme situation.”

“The war has added to mounting concerns of a sharp global slowdown, surging inflation and debt, and a spike in poverty levels,” warned the bank. “The economic impact has reverberated through multiple channels, including commodity and financial markets, trade and migration links and adverse impact on confidence.”

It added the war is also hitting hard the emerging and developing economies of Europe and Central Asia, a region that was already heading for an economic slowdown this year from the ongoing effects of the pandemic.

“In addition to Russia and Ukraine, Belarus, Kyrgyz Republic, Moldova and Tajikistan are projected to fall into recession this year, while growth projections have been downgraded in all economies due to spillovers from the war, weaker-than-expected growth in the euro area, and commodity, trade and financing shocks,” said the bank. “Russia and Ukraine account for about 40 percent of wheat imports in the region and about 75 percent or more in Central Asia and the South Caucasus. Russia is also a major export destination for many countries, while remittances from Russia are close to 30 percent of GDP in some Central Asian economies (Kyrgyz Republic, Tajikistan).”

“The Ukraine war and the pandemic have once again shown that crises can cause widespread economic damage and set back years of per capita income and development gains,” said Asli Demirgüç-Kunt, World Bank chief economist for Europe and Central Asia. “Governments in the region should fortify their macroeconomic buffers and credibility of their policies to contain risks and deal with potential fragmentation of trade and investment channels; strengthen their social safety nets to protect the most vulnerable, including the refugees; and not lose focus on improving energy efficiency to ensure a sustainable future.”

“The deep humanitarian crisis sparked by the war has been the most pronounced of the initial global shockwaves and will likely be among the most enduring legacies of the conflict. The wave of refugees from Ukraine to neighbouring countries is anticipated to dwarf previous crises. As a result, support to host countries and refugee communities will be critical, and the World Bank is preparing operational support programs to neighbouring countries to meet the increased financing needs from the refugee flows.”

The bank added the war-triggered spike in global oil prices also serves to underscore the need for energy security by boosting energy supply from renewable sources and stepping up the design and implementation of large-scale energy efficiency measures.