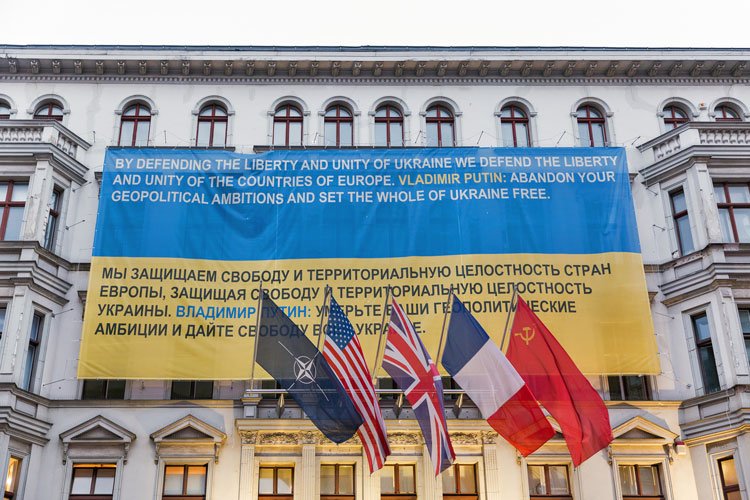 The UK is potentially more vulnerable than its allies to Russian retaliation over its support for Ukraine because it neither has the military heft of the US nor the safety in numbers which comes with EU membership, according to Tim Willasey-Wilsey, visiting professor of War Studies at King’s College London and a former senior British diplomat.

Writing for the respected think-tank the Royal United Services Institute (RUSI), Willasey-Wilsey said that the recent visit of Prime Minister Boris Johnson to Kyiv was testament to those close relations as well as a perfect opportunity for political theatre, which will have caused almost as much irritation in Paris as in Moscow:

“All of this will be watched closely in Moscow. Relations between Russia and the UK are by far the worst of all NATO’s 30 members. The killing of Alexander Litvinienko in 2006 was a watershed moment in the relationship and was followed by several other mysterious deaths and most recently the attempted murder of Sergei Skripal in Salisbury in 2018.”

“The UK’s subsequent successful coordination of the international expulsion of over 100 Russian intelligence officers (including 60 from the US, 23 from UK and 4 each from France and Germany and even one from Hungary) further infuriated Moscow.”

Furthermore, according to Willasey-Wilsey, the ending of London’s status as a ‘safe space’ for Russian oligarch money may have removed one of the few remaining constraints on Putin taking retaliatory action.

As he suggested, the UK is also potentially more vulnerable because it neither has the military heft of the US nor the safety in numbers which comes with EU membership. Nonetheless, he added, the UK is covered by NATO’s Article 5 and so Russia will know it needs to be careful:

“Any action would have to be ‘plausibly deniable’, but that does not mean that it would be inconsequential. Far from it – Russia’s deniable operations are often intended to send a message. The Skripal operation was so transparent that it was dubbed ‘implausibly deniable’.”

Such actions, he noted, might include a cyber-attack against part of the UK’s critical national infrastructure such as the power grid or a bank, given that Russia has powerful cyber capabilities available and is the prime suspect behind the massive ‘SolarWinds’ attack against the US in late 2020.