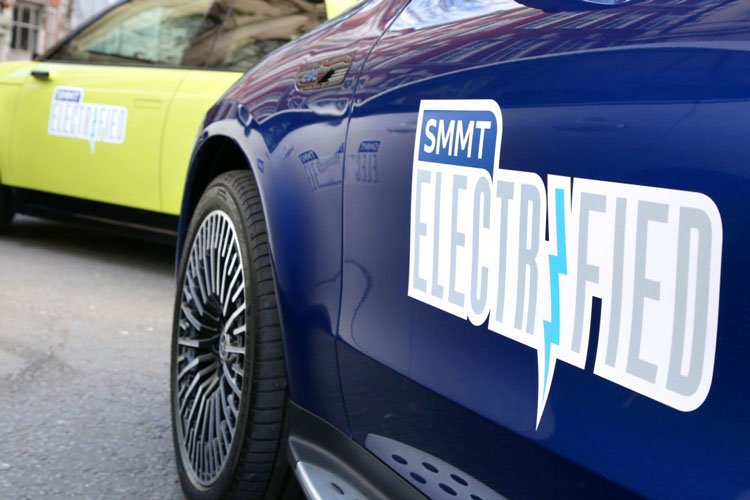 The Society of Motor Manufacturers and Traders (SMMT) has called on the UK to invest in a series of gigafactories which will power the country’s electric vehicle revolution.

The society has published a plan to protect the country’s motor industry which called for what is described as an “ambitious” series of policies to put the UK at the centre of the world’s electric vehicle industry.

The UK automotive manufacturing sector currently employs around 180,000 people nationwide, contributes £15 billion to the economy and is the country’s largest exporter of goods.

The SMMT added three-quarters of people over 17 in England hold a driving licence, and 95% of car owners agree that their car gives them significantly greater freedom and mobility. “It is an industry that warrants unambiguous backing,” it added.

Commissioned by SMMT and written by Public First, the strategy, ‘Full Throttle: Driving UK Automotive Competitiveness’ sets out a series of proposals for this coming year and remainder of the decade.

“The UK industry has many strengths – the diversity of its companies, its engineering excellence, innovation, a highly skilled workforce and the strength of the UK market, but the global industry is fiercely competitive, and weaknesses must be addressed if its long term success – and the benefits that come with it – are to be assured,” it added.

The strategy calls for a new “Build Back Better Fund” to support industry transformation, not just in automotive but across other manufacturing sectors, to revolutionise production lines and overcome some of the areas where the UK lags in cost competitiveness or strategic support – from skills to energy costs. “Most importantly, the fund will help the sector transition to Net Zero and transform our existing manufacturing and supply-chain”.

“The shift to electrified vehicles is the biggest challenge facing the sector.,” it added. “Government is already working with industry to attract additional battery manufacturing to the UK but the report calls for a binding target of 60 GWh of battery capacity be built by 2030. These ‘gigafactories’ would give British manufacturers the capability to produce up to one million electric vehicles a year and ensure tariff free access to critical markets in the EU.”

The report calls for the installation of at least 2.3 million charging points nationwide before the end of the decade.

“This would ensure all drivers – especially those without driveways – have the confidence to invest in the latest zero emission technologies, investment that will not just support a healthy domestic vehicle market, but which will underpin mass market automotive manufacturing in the UK and help deliver the country’s climate change and air quality goals.”

The strategy said in a best-case scenario with the sector transitioning successfully to a zero emissions future, with ambitious global trading terms, there is the potential to gain 40,000 new, well paid and highly skilled sector jobs by 2030. This would provide a significant impact in auto heartlands such as the North-East and West Midlands, directly helping ‘level up’ the UK.

Without the competitive conditions, however, the UK’s automotive industry risks decline. In a worst-case situation, with the sector left stranded, analysis showed that around 90,000 jobs could be lost compared with the central scenario, with most of these outside London and the South-East, increasing UK regional inequality.

Mike Hawes, SMMT Chief Executive, said, “The next few years represent a critical period for the sector. The pace of technological change is accelerating and the competition more ferocious. If we are to secure vehicle manufacturing in this country, with all the benefits to society that it brings, decisions need to be made today. The automotive sector is uniquely placed to help this government deliver on its agenda; to level up, deliver net zero and trade globally. The Government has made clear its support for the sector in its negotiations with Europe, so now is the time to go full throttle and take bold action to support one of Britain’s most important industries.

“Full Throttle: Driving UK Automotive Competitiveness outlines 12 policy proposals. If acted on together, they will set the UK sector on course for growth, boosting innovation, productivity and enterprise with benefits for all society. If not, the industry risks falling behind, with production declining, jobs lost and economic damage not only in automotive, but in the many other sectors the industry helps support, from chemicals and steel to finance and advertising.”

The report calls for the installation of at least 2.3 million charging points nationwide before the end of the decade.

Insurer warns it will take a tough stance with firms which fail to meet climate...
Scroll to top