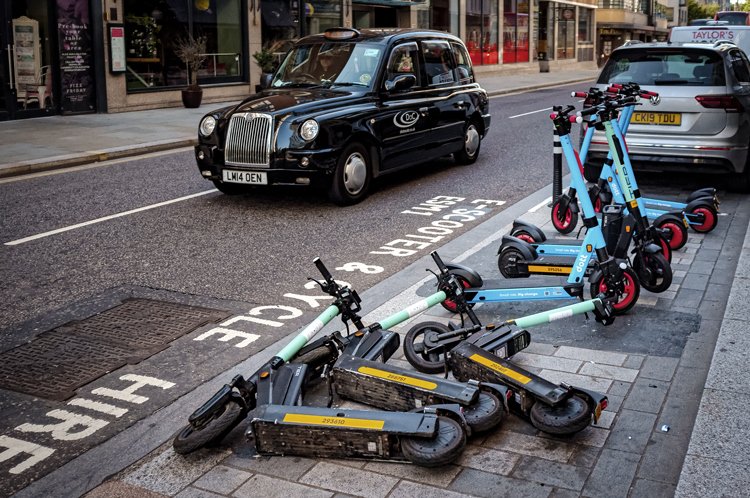 In yet another indication of the growing liability concerns over E-scooters, this mode of transport has been banned from both the Tyne and Wear Metro and the Shields Ferry in the UK.

Nexus, which operates both services, said it was concerned after several fires prompted Transport for London (TfL) to ban the devices.

Last week, Tf said it is to ban people from taking e-scooters and e-unicycles on its network even if they are folded and being carried, after a number of fires caused by the devices.

London underground passengers recently had to abandon a train at Parsons Green station after a blaze,  while another device held by TfL in lost property caught fire in October.

In the latest move, Nexus said that toxic smoke caused by defective batteries could pose a “significant risk in enclosed areas”.

The ban also applies to scooters supplied through a pilot scheme in Newcastle and Sunderland.

Huw Lewis, customer services director for Nexus, said: “Not many people take e-scooters on public transport at the moment, but it is important we are clear about this restriction for the safety of everyone.

“Our customer service teams and ferry crew will advise customers of the ban and refuse travel where they need to.”

A Nexus spokesman said operators of the pilot schemes had “stressed that rental scooters have more robust safety features than most on general sale”, but they were still being included in the ban “for clarity and as an additional precaution”.

E-bikes, which Nexus said were “generally subject to better manufacturing standards with batteries positioned in a place where they are less likely to be damaged” will continue to be permitted on Metro and the Shields Ferry.

Separately, Parisian authorities have been considering a ban on self-service electric scooters unless safety issues were addressed, following the death of a pedestrian earlier this year.

Paris’s deputy mayor David Belliard said that contracts for self-service e-scooter providers would not be renewed next year unless there was a “significant improvement in the situation and scooters find their place in public space without causing disturbance or additional danger”.

Last month, significant changes were introduced, with rented electric scooters forced to slow down to just above walking speed in many areas of the City.

In 700 areas in the French capital, including around key tourist attractions such as the Eiffel Tower and the Louvre museum, rental scooter speed is now capped at 10km/h (6mph).

Scooters run by rental companies Dott, Tier and Lime, tracked in real time by geo-location, will automatically be slowed down to half their normal top speed once they enter the designated areas.

Last week, Tf said it is to ban people from taking e-scooters and e-unicycles on its network even if they are folded and being carried, after a number of fires caused by the device. London underground passengers recently had to abandon a train at Parsons Green station after a blaze,  while another device held by TfL in lost property caught fire in October.

Cyber-attacks against business rise by 13%
Scroll to top