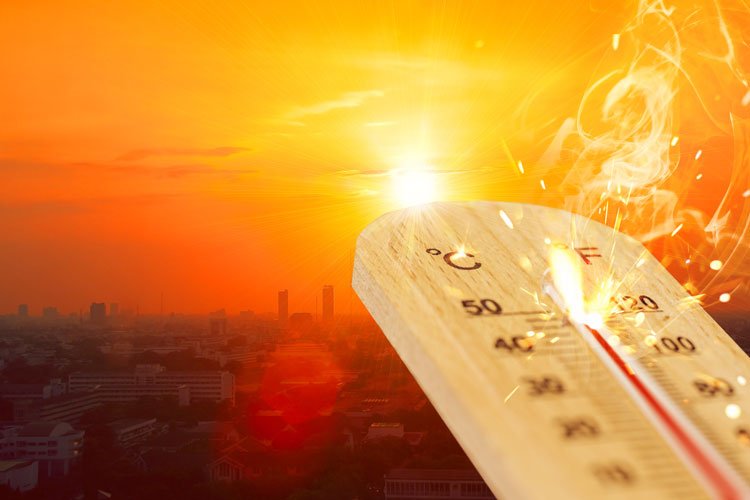 The UK Met Office has taken the unprecedented step to change the country’s heatwave thresholds ahead of Summer 2022.

The move comes as the UK weather centre warns there is growing evidence of the impact of climate change.

Warming across the country has, however, not been even with some regions experiencing more rapid change than others. Heatwave thresholds in 8 counties in a band from Surrey to east Yorkshire are now changing.

Dr Mark McCarthy is the head of the Met Office National Climate Information Centre, which manages the UK’s climate records said: “Climate statistics over time reveal an undeniable warming trend for the UK. Temperature rise has been greatest across parts of central and eastern England where they have increased by more than 1.0°C in some locations, while further north areas of Scotland and Northern Ireland have seen temperatures rise by closer to 0.7°C.”

The original heatwave thresholds were based on a reference climate period for 1981-2010. The heatwave definition was intended to be flexible and to be reviewed and revised in order to follow our changing climate and represent heatwaves relative to the “current” climate. Therefore the thresholds are moving to the most recent 1991-2020 climate averaging period introduced in January this year. Six counties are moving from a 27°C threshold to 28°C, one from 26 to 27°C, and one from 25 to 26°C.

McCarthy added: “Although heatwaves are extreme weather events research shows that climate change is making these events more likely. A scientific study by the Met Office into the Summer 2018 heatwave in the UK showed that it was 30 times more likely to occur now than in 1750 because of the higher concentration of carbon dioxide (a greenhouse gas) in the atmosphere. As greenhouse gas concentrations increase heatwaves of similar intensity are projected to become even more frequent, perhaps occurring as regularly as every other year.”

A UK heatwave threshold is met when a location records a period of at least three consecutive days with daily maximum temperatures meeting or exceeding the heatwave temperature threshold. The threshold varies by UK county.