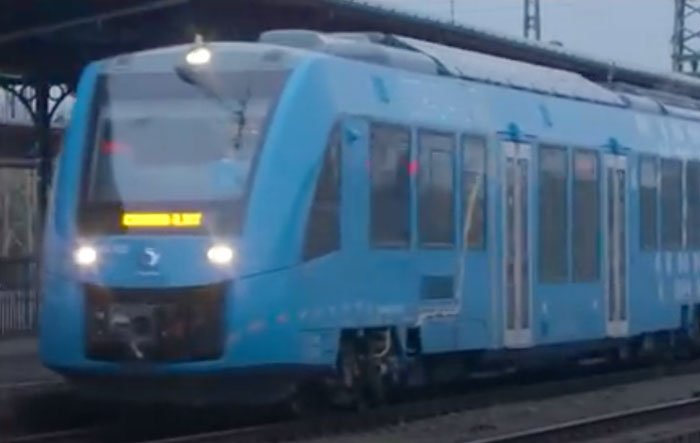 Freight operator Freightliner has secured funding from the UK government to convert a diesel locomotive to operate with hydrogen and biogas fuel, in what is hoped could be the first part of a much larger eventual roll-out.

Funds for the conversion of one of Freightliner’s fleet of 113 Class 66 locomotives come from a British government First of a Kind (FOAK) competition, designed to test new ideas and concepts for transportation companies.

The project will use technology from specialist firm Clean Air Power, which has developed  precision injection technology enabling alternate fuel to be used in existing engines. The Class 66 locomotive will be equipped with the injection technology, enabling the existing 12-cylinder EMD 710 engine to run on a combination of diesel, biogas (bio-methane) or hydrogen.

British regulator Rail Safety Standards Board (RSSB) will also be involved, as the project may lead to more widespread use of the technology.

Exhaust emissions will be measured in line with the latest RSSB guidance to understand the baseline conditions and the impact of dual-fuelling for both hydrogen and biogas.

Most rail industry experts believe this can only be achieved through large-scale electrification freight routes. Parts of the network will never justify full electrification, so hybrid-fuelled motive power can expect a long-term role.