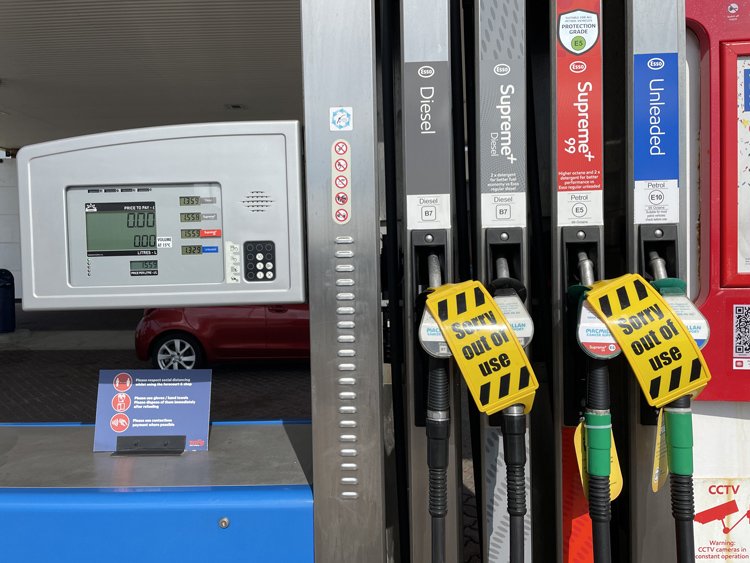 With the UK’s fuel shortage situation continuing this week, accusations have been levelled at both the government and the private sector for their poor attitudes in the build-up to the current crisis.

There have been long queues outside garage forecourts for the past few days, though UK PM Boris Johnson has said the situation is “now stabilising” and things are “getting better on the forecourts”.

However, according to The Petrol Retailers Association (PRA), some 37% of the forecourts it represented were out of petrol on 27 September. On Sunday, the PRA – which represents nearly 5,500 of the UK’s 8,000 filling stations – had reported up to two-thirds of outlets had run out of fuel.

“Ministers must urgently address the 100,000 HGV driver shortfall, which is at the root of this chaos,” he said. “With every hour and day that goes by the public will feel increasingly outraged by the incompetent and shambolic government that has brought us to the point.”

However, it is not only the government which has come under pressure, with fingers also being pointed at the UK’s largest refineries, whiuch have also increased their reliance upon third parties in recent years to cut costs, contracting out key parts of their supply chain.

Indeed, then business minister, and now trade secretary, Anne-Marie Trevelyan, told parliament in a written ministerial statement this summer that the government was bringing forward new legislation so it could monitor fuel supplies in the country.

This was necessary, she said at the time, because of an “increased risk of market disruption” and the sector’s reduced “capacity to react to sudden supply and demand shocks”.

She said the government did not have the tools it needed to monitor fuel stocks and that companies had fallen short on managing “higher impact risks” leaving the fuel supply chain exposed to pressures from “accidents, severe weather, malicious threats, industrial action, and financial failure”.

In the meantime, the UK’s Ministry of Defence has put some 150 qualified drivers on short notice to deliver fuel – and has another 150 personnel to support them.

Other key measures taken by the UK government: