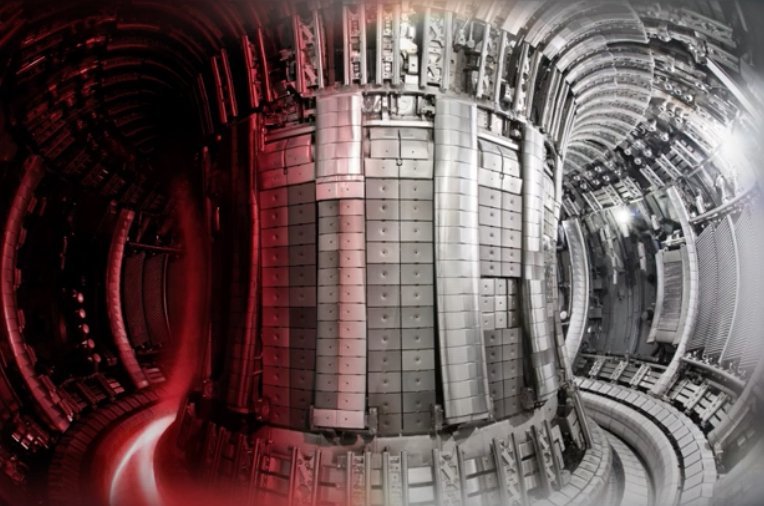 The Joint European Torus (JET) laboratory in the United Kingdom has broken its own world record for the amount of energy it can extract from nuclear fusion.

The Joint European Torus, or JET, an experimental fusion machine near Abingdon in Oxfordshire, generated around 59 megajoules, or 11 Megawatts of energy – enough to power around 10,000 homes – in a five second burst.

“These landmark results have taken us a huge step closer to conquering one of the biggest scientific and engineering challenges of them all,” said professor Ian Chapman, CEO of the UK Atomic Energy Agency that co-funds and operates JET.

The results are hugely significant because if nuclear fusion can be successfully replicated on Earth, it opens the door to bountiful low-carbon, low-radiation energy.

However, scientists warned that we are still some way off from a commercial application.

“The JET experiments put us a step closer to fusion power,” stated Dr Joe Milnes, the reactor lab’s chief of operations. “We’ve demonstrated that we can create a mini star inside of our machine and hold it there for five seconds and get high performance, which really takes us into a new realm.”

The results are also a major boost for the ITER fusion research facility in southern France, currently under construction and backed by a group of governments from across the world, including EU member states, the United States, China, and Russia.

The project is seen as the full “reactor-scale” demonstration of the technology that engineers would require to learn how to build a commercial reactor.

Professor Chapman added that “these experiments we’ve just completed had to work… If they hadn’t, we’d have serious doubts about ITER’s ability to meet its objectives.”

Fusion is based on the idea that energy may be generated by pushing atomic nuclei together rather than separating them, as in the fission processes that now fuel nuclear power plants.

Huge gravitational forces in the Sun’s core allow this to happen at temperatures of roughly 10 million degrees Celsius.

To create fusion at the considerably lower pressures achievable on Earth, temperatures must be significantly higher – exceeding 100 million degrees Celsius.

This forms something called a plasma that’s around 10 times hotter than the Sun – making the reactor, for the few seconds it is running, the hottest place in our solar system.

Electromagnets surrounding the tokamak prevent this charged soup of ions from touching the sides and the whole reaction stopping.

Holding the plasma in this way allows fusion to occur, releasing energy. The latest results from JET prove that making fusion energy in this way is at least theoretically feasible.