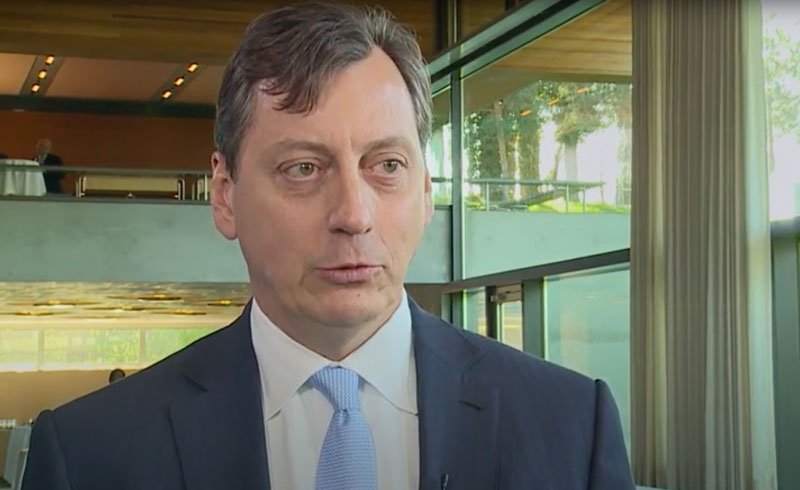 Swiss Re has warned of the potential negative impact of inflation risks on the industry as it recorded a group net loss of $248 million for the first quarter of 2022, with $283 million of reserves also booked relating to the war in Ukraine.

Speaking on an analyst call in the wake of its results, CFO John Dacey (pic) said the company was  monitoring very closely the impact of inflation for its insured losses.

“There is a potential a negative impact at the industry,” he said. “We’ve clearly seen in some lines of business, actually, the supply chain disruptions for things like automobiles have created some spike in loss costs already for replacement parts and replacement cars.”

“You see this in the results of some of the primary carriers. What I can say is we’ve anticipated this increased inflation from back in 2020, where we’ve already made some moves a year on the inflation components of our solvency regimes. We’ve increased reserves along the way during 2021 for longer tail lines.”

“We funded that by places where we had redundancies in reserves, and other lines of businesses. We continue to aggressively adjust our prices where we see a costing need for increased claims cost, and we will continue to evaluate what might be required for our — to be sure that our reserves are adequate through this inflationary cycle.”

Dacey stressed that for the time being Swiss Re remains in a comfortable position here, with the expectation that if it does need to make further adjustments, it is likely to find enough redundancy or capabilities in other parts of its reserves to be able to manage this without any particular dramatic impact on the group.

Referring to insured losses in Ukraine, he suggested that the insured losses that Swiss Re has some exposures on cover potentially aviation-related losses, largely due to the leased aircraft that are currently in Russia, but owned by non-Russian companies.

“It includes credit and surety, which is the insurance related to the operations and delivery of goods for businesses, some of which might actually be in Russia or the Ukraine,” he added.

Other potential Ukraine-related losses – likely to be smaller – include marine insurance, political risks and political violence.