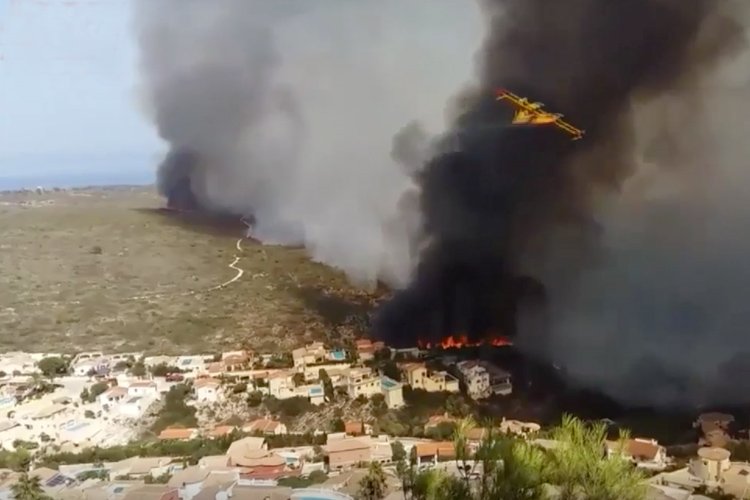 A wildfire in the north-western Spanish region of Galicia that has burned through 1,000 hectares (2,500 acres) of forest was started deliberately, local authorities said on Tuesday.

The blaze near the small town of Ribas de Sil began on Monday afternoon (6 September) and sent huge plumes of smoke high into the air, blocking local roads and train lines.

However, regional environment chief Manuel Rodriguez told a news conference that the fire was “clearly intentional”.

“Investigators have identified various points that ignited simultaneously… Whoever did this knew perfectly well it would cause a lot of damage,” he said.

“You can’t explain this…It’s difficult to put yourself in the head of someone who would want to do this.”

Authorities have alerted residents of the village of Rairos, which could be in the path of the blaze, but said no houses are at risk for now.

Spain’s military emergency unit sent reinforcements to back up the local fire brigade, which deployed 49 ground teams, eight planes and 14 helicopters to quell the flames.

“We have a perimeter around the fire but it is not stabilised or under control,” Rodriguez said.

Hot weather and low humidity complicated the efforts of the firefighters and communications were also affected.

So far this year, wildfires have ravaged 74,260 hectares in Spain, above the average of the last 10 years but still some way off the 190,000 hectares destroyed in 2012, the worst year in the past decade.

Environment Ministry data show seven of the 10 hottest years on record in Spain occurred in the last decade.