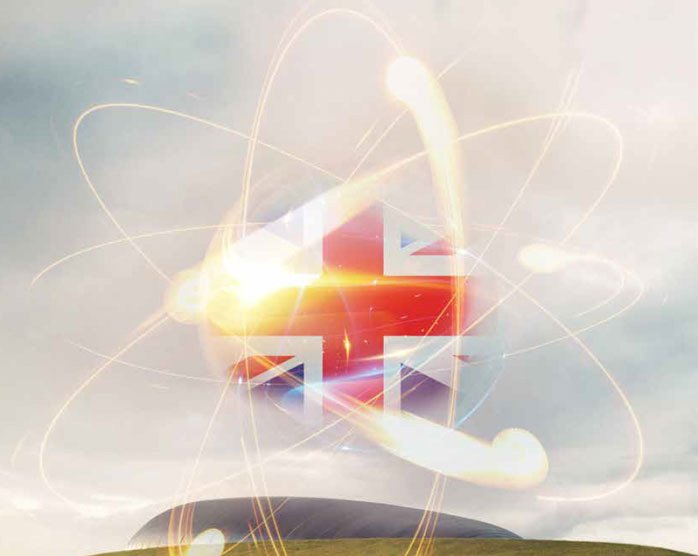 It’s been a good week for the nuclear industry, and an even better week for nuclear technology, with the UK government finally choosing its preferred type of small nuclear reactor (SNR) for a £170 million pilot programme.

Indeed, there can be little doubt that SNRs are very much in vogue. Bigger reactors have been in use for decades, but these newer, smaller ones are being promoted as an alternative that may be quicker to deploy, and more environmentally friendly. They are also being touted as a way to help plug a gap in low carbon generation.

UK government ministers consider these high-temperature gas-cooled reactors as the “most promising model” for Britain’s pilot. Alongside electricity, this type of reactor can produce clean hydrogen and heat, according to a government statement. The plans will now be consulted on, with a demonstration project slated for the early 2030s.

“While renewables like wind and solar will become an integral part of where our electricity will come from by 2050, they will always require a stable low-carbon baseload from nuclear,” said Anne Marie Trevelyan, minister of state for energy.

“Advanced modular reactors are the next level of modern nuclear technology and have the potential to play a crucial role not only in tackling carbon emissions, but also in powering industry.”

“Alongside negotiations with the developers of Sizewell C in Suffolk, we are pressing ahead with harnessing new and exciting advanced nuclear technology,” Trevelyan added.

One of the companies at the forefront of SNR design and build is Roll-Royce, which has described the SMR programme as “a once in a lifetime opportunity for UK nuclear companies to design, manufacture and build next generation reactors to meet the UK’s energy needs”.

However It’s not only the UK that is keen to explore the benefits of SNRs. In 2016, China began construction of its first offshore nuclear power plant, a demonstration project that will employ the domestically developed ACPR50S small modular reactor (SMR).

China General Nuclear Power Corporation (CGN) said that the project is a “top priority” that will further the country’s “strong marine power strategy.” Among its myriad uses will be powering oilfield exploration in the Bohai Sea and deep-water oil and gas development in the South China Sea.

In 2019 in Canada, Ontario Premier Doug Ford, New Brunswick Premier Blaine Higgs and Saskatchewan Premier Scott Moe signed a Memorandum of Understanding (MOU), committing to collaborate on the development and deployment of SMRs.

At the time they said: “SMRs could generate clean and low-cost energy for both on-grid and off-grid communities, connect more remote and rural areas of our province, and benefit energy-intensive industries, including the mining and manufacturing sectors. It could also drive economic growth and export opportunities as these technologies are further adopted across the country and around the world.”

SNRs and SMRs actually go back a long way, to the development of reactors for nuclear submarines and later aircraft carriers. Indeed, some 700 such reactors have been used to power sea vessels since the 1950s, many of them standardized in design and construction.

All but a few were built for military vessels, though Russia from the Soviet period up to today has also used compact reactors to power its Arctic ice-breaker ships. Russia also operates the world’s only nuclear-powered container ship, the Sevmorput.

Yet only recently have SNRs for wider commercial electricity generation come in to play. According to the World Nuclear Association (WNA), this is due partly to the high capital cost of large power reactors generating electricity via the steam cycle and partly to the need to service small electricity grids under about 4 GW, with economies of scale envisaged due to the numbers produced.

The WNA adds that there are also moves to develop independent small units for remote sites, with small units seen as a much more manageable investment than big ones whose cost often rivals the capitalisation of the utilities concerned.

Another reason for the current interest in SMRs is that they can more readily slot into brownfield sites in place of decommissioned coal-fired plants, the units of which are seldom very large – more than 90% are under 500 MW, according to the WNA. 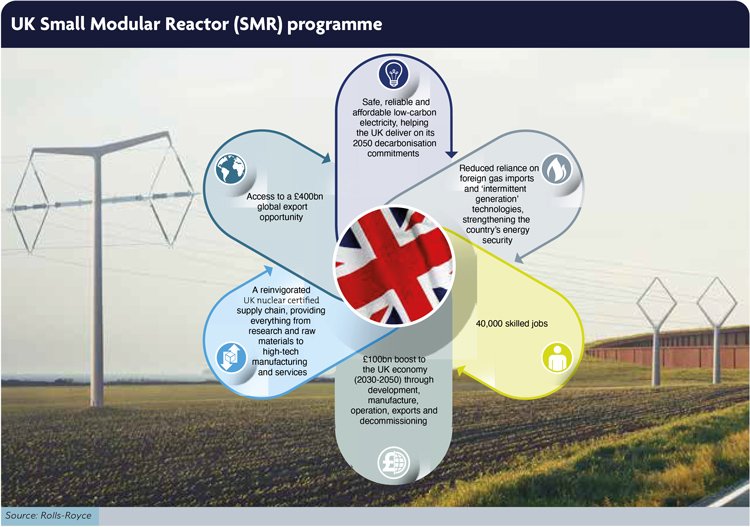 SNRs and SMRs actually go back a long way, to the development of reactors for nuclear submarines and later aircraft carriers. Indeed, some 700 such reactors have been used to power sea vessels since the 1950s, many of them standardized in design and construction.