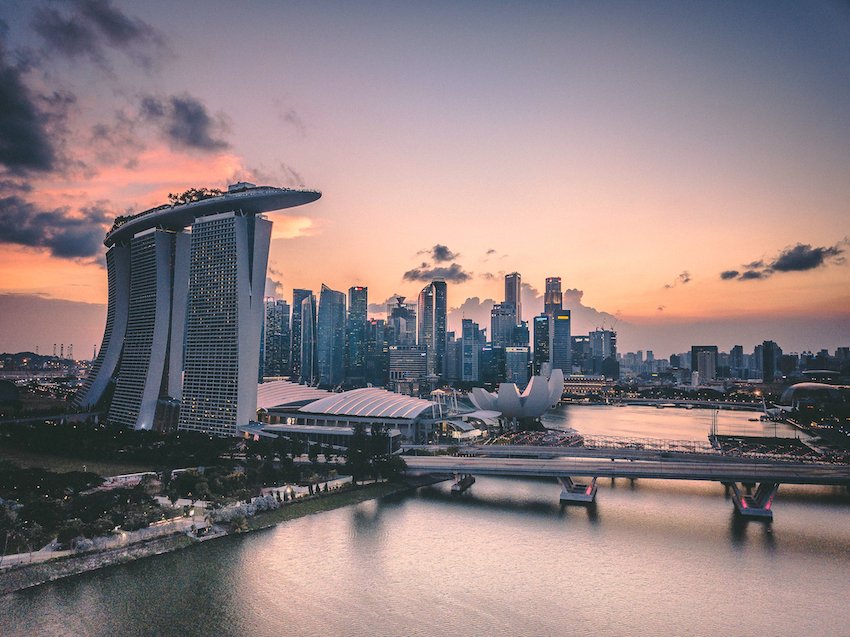 Singapore has unveiled one of the world’s largest floating solar panel farms.

The solar panel farm is part of efforts by the land-scarce Southeast Asian city-state to meet a goal of quadrupling its solar energy production by 2025 to help tackle climate change.

Located on a reservoir in western Singapore, the 60 megawatt-peak solar photovoltaic (PV) farm has been built by a subsidiary of Sembcorp Industries.

It is hoped that the solar farm could help to reduce carbon emissions by about 32 kilotonnes annually, comparable to taking 7,000 cars off the roads, according to a joint statement by the company and Singapore’s national water agency PUB.

As opposed to conventional rooftop solar panels, floating ones ­it is claimed ­– perform between 5% to 15% better because of the cooling effect of the water, and are not impacted by shading from other buildings, according to a presentation on the project.

The electricity generated from the 122,000 solar panels on the 45-hectare (111.2 acres) site should make Singapore one of the few countries in the world to have a water treatment system fully powered by sustainable energy.

In order to head off possible concerns about the environmental impact of such projects, PUB said an assessment was conducted before installing the solar panels to ensure there was no significant impact on wildlife or to water quality.

“It was carefully designed to improve airflow and allow sunlight passing through the water (to reach aquatic life),” said Jen Tan, a regional head at Sembcorp Industries.

The solar panels are designed to last for 25 years and drones will be used to assist with maintenance. Currently, there are four other floating solar panel projects underway in Singapore.