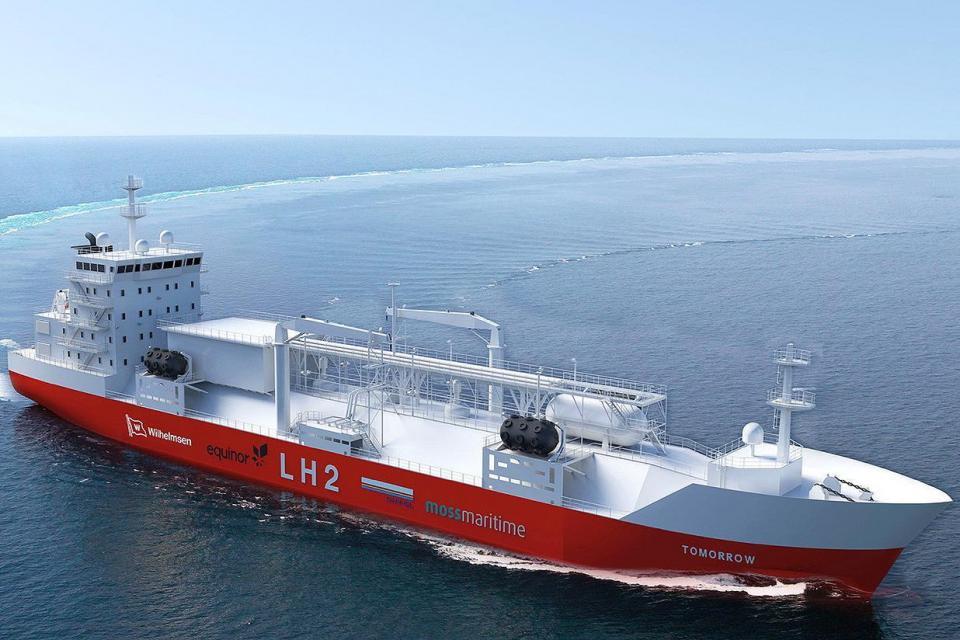 Leading shipping firms have called on the European Union to do more to encourage the use of hydrogen and ammonia by ships as part of its upcoming maritime fuel law.

IN an open letter the major shipping industry players and environmentalists have told the European Commission to ensure that they become more prescriptive with vessels that supply goods to the EU. The FuelEU Maritime initiative will require ships carrying EU trade to progressively switch to sustainable alternative fuels, and the group have said Hydrogen and Ammonia are the most viable options and will deliver a huge boost to the EU post COVID economy.

The European Commission will propose its FuelEU Maritime Initiative in April. Shipping accounts for about 13% of greenhouse gas emissions from European transport.

In the letter shipping companies DFDS, CMB and Viking Cruises, commodities trader Trafigura, and green group Transport & Environment (T&E) say green hydrogen and ammonia are sustainable and can be produced in sufficient quantities to decarbonise the industry.

It added biofuels, on the other hand, do not offer a sustainable alternative for shipping, the groups say, as crop-based biofuels emit more than the fossil fuels they replace and there will not be enough advanced biofuels. Instead, lawmakers must send a clear signal to potential investors to focus on renewable electricity-based hydrogen and ammonia when the EU proposes its maritime fuel policy next month, the letter states.

“Maritime transport is an important part of the EU economy and its decarbonisation will directly impact the Union’s ability to achieve carbon-neutrality by 2050,” stated the letter. “In order to deliver a sustainable, scalable and cost-effective green transition for maritime transport, the signatories call on the European Commission to stimulate within the framework of the FuelEU Maritime initiative the deployment of green hydrogen and ammonia for shipping.

“There are many potential alternative fuels for shipping, but not all are equally promising. Crop-based biofuels are more damaging than fossil fuels. And while some advanced biofuels could provide emissions reductions, they are limited in sustainable bio-feedstock availability. Therefore, the solutions, to be stimulated by the FuelEU maritime initiative, need to be sought among technologies that can be both sustainable and scalable.”

It added: “Green hydrogen and ammonia provide such a solution as they can deliver zero-carbon propulsion and can be produced in virtually unlimited quantities. These fuels are currently very expensive compared to fossil fuels, but production costs can be reduced with economies of scale.

“To justify large investments in electrolysers and ammonia plants, European maritime fuel policy needs to send a clear demand signal for the potential investors by focusing on these green fuels and their relevant propulsion technologies. Developing and deploying sustainable green fuels for shipping present enormous economic and employment opportunities.

“The production of green hydrogen and ammonia for shipping will require about €1.4 trillion in capital investments globally. This is an opportunity for new jobs and sustainable economic growth.”

Faïg Abbasov, shipping programme director at T&E, said: “Green hydrogen and ammonia offer a clean future for the shipping and fuels industry. The EU must give them the investment certainty they need to flourish by requiring all ships carrying European trade to progressively make the switch.”

He said the European Commission should seize this opportunity to create new jobs and support sustainable economic growth – in line with the EU Green Deal, the groups say.

Mr Abbasov concluded: “Unlike advanced biofuels, green hydrogen and ammonia can be scaled to meet the energy demand of the global industry. And even the largest ships can be powered by these fuels. It is high time that European Commission changes the focus from ‘quick and dirty’ biofuels to truly sustainable alternatives.”

The European Commission will propose its FuelEU Maritime Initiative in April. Shipping accounts for about 13% of greenhouse gas emissions from European transport.

0
SHARE:
A week where the energy around energy has picked up