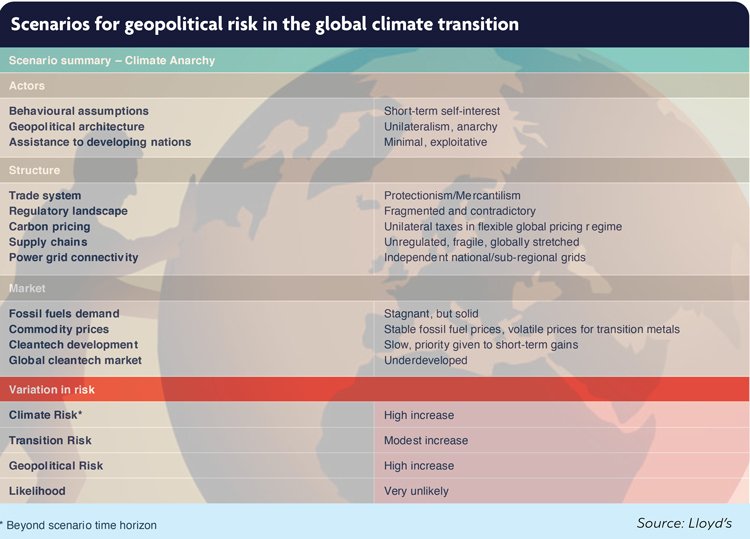 Shifting powers: Climate cooperation, competition or chaos? is the second in Lloyd’s series of ‘Shifting Powers’ reports produced in partnership with the Cambridge Centre for Risk Studies, and uses potential but plausible scenarios to identify geopolitical risks associated with climate change.

The report suggests ways for insurers to ease tensions between national power blocs by providing risk solutions for regional energy and agricultural projects which can bind the international community together.

Using the theory of ‘Climate diplomacy’ – the strategic cooperation or competition of states towards climate-related goals – the report assesses global political developments in the coming century and changes in risk which could occur from various outcomes of the global energy transition process. The report concludes that while it is likely friction between like-minded states could lead to a ‘Green Cold War’, nation states are expected to inevitably unite through a blend of cooperation and competition to tackle the challenges posed by climate change.

The research outlines collaborative initiatives already underway and highlights the key role of insurers as partners that can offer valuable insight in project such as the new and innovative multi-national climate projects such as the Australia-Asia Power Link, which will connect regions together through sustainable energy sources.

It highlights how breakthroughs in renewable energy storage and technology will become vital in global business as well as symbols of influential partnerships between nations. Insurers are already using their expertise to help businesses manage their increased political risk exposure and are developing new insurance products to protect against geopolitical and systemic risks.

This research compliments the work Lloyd’s is doing through its leadership of theInsurance Task Force of HRH The Prince of Wales’s Sustainable Markets Initiativeand its commitment to insuring the transition through the Net Zero Insurance Alliance.

Through the Lloyd’s Lab, Futureset, and the Product Launchpad, Lloyd’s will continue to bring the industry together to help communities and businesses build resilience against geopolitical risk.

Role of the industry

Bruce Carnegie-Brown, Chairman of Lloyd’s, said: “The insurance industry has an important role to play in insuring the transition to a greener world. Undoubtedly, geopolitical risks and frictions between international communities add a layer of complexity in tackling climate change. We know businesses are looking to global leaders and diplomatic agreements for the pathway forward, but we are also acutely aware that businesses have a responsibility to play a leading role in the transition. We are using Lloyd’s convening power to collaborate with our partners globally and create insurance products that will enable a more sustainable world.”

Andrew Coburn, Chief Scientist at the University of Cambridge’s Centre for Risk Studies, added: “Climate change is the greatest emerging risk of our generation. Cambridge Centre for Risk Studies has been privileged to work with Lloyd’s to research the social and geopolitical threats that could result from different pathways. This work is ground-breaking in pushing for creative thinking surrounding broader climate risks to the global system, and how the risk management community and insurance industry can make our society safer as we embark on energy transition.”

Background: The Geopolitics of Climate Change

– Kyoto, 1997. The Kyoto Protocol, adopted in 1997 and entered into force in 2005, was the first legally binding global climate treaty. It required developed countries to reduce emissions by an average of 5% below 1990 levels and established a system to monitor their progress. The treaty excluded developing countries, including major carbon emitters, from such obligations.

– Copenhagen, 2009. Despite the huge expectations for COP15 in 2009, the Copenhagen conference was substantively a failure, marking the first serious blow to climate diplomacy. New quantitative commitments were expected to ensure an agreement moving seamlessly on from the Kyoto Protocol, but divisions between developing and developed countries crippled negotiations. The agreement recognized the scientific case for keeping temperature rises below 2°C but did not contain binding targets and a weak voluntary commitment approach was adopted. Only 122, subsequently rising to 139 countries, eventually agreed to the Accord.

– Paris, 2015. The most significant global climate agreement to date, the Paris Agreement required all countries to set emissions-reduction pledges. Governments set targets with the goals of preventing the global average temperature from rising 2°C above pre-industrial levels and pursuing efforts to keep it below 1.5°C. The Agreement also aims to reach global net zero emissions in the second half of the century. Equity and the principle of common but differentiated responsibilities and respective capabilities are also important defining features. However, countries set their own emissions targets, and there is presently no enforcement mechanism to ensure they meet them.

– Glasgow, 2021. 151 countries submitted new climate plans to cut emissions by 2030. Such plans, however, put the world on track for 2.5°C of warming by the end of the century – still far from the goal of limiting temperature rise to 1.5°C set in Paris, for which global emissions would need to be cut in half by the end of this decade. Significantly stronger commitments from governments are needed – and expected – from COP 27, which will take place at Sharm El-Sheikh, Egypt, in 2022. 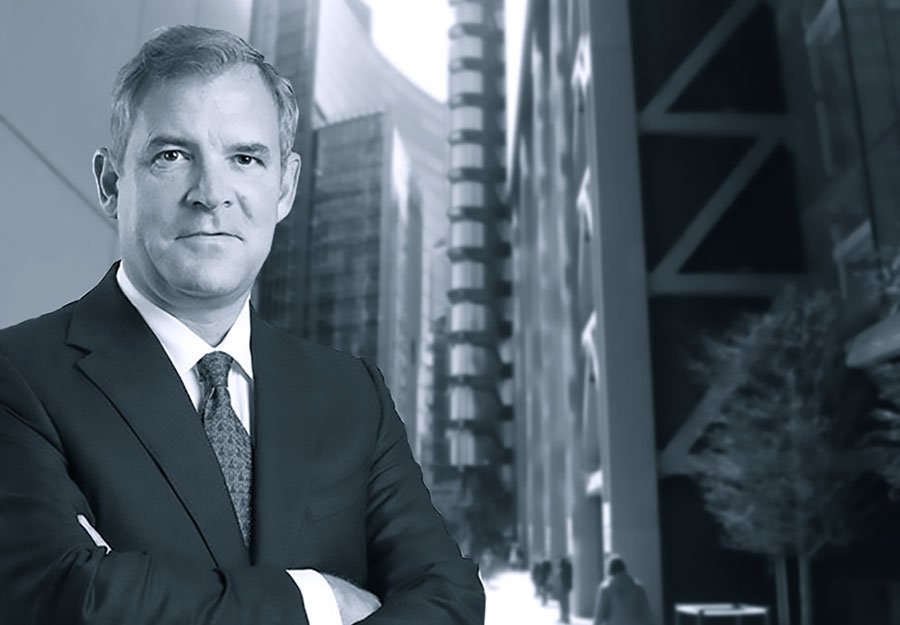 “The insurance industry has an important role to play in insuring the transition to a greener world. Undoubtedly, geopolitical risks and frictions between international communities add a layer of complexity in tackling climate change.” 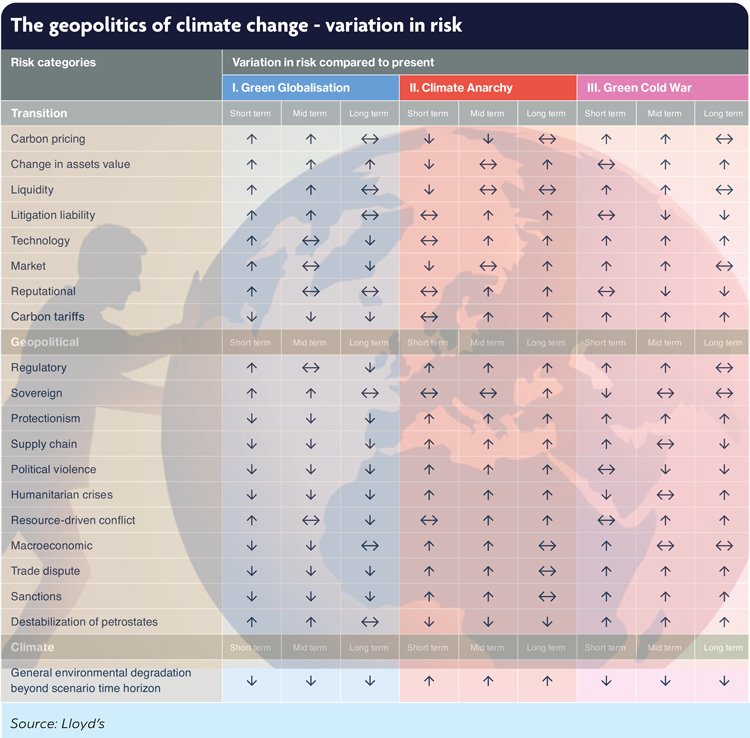