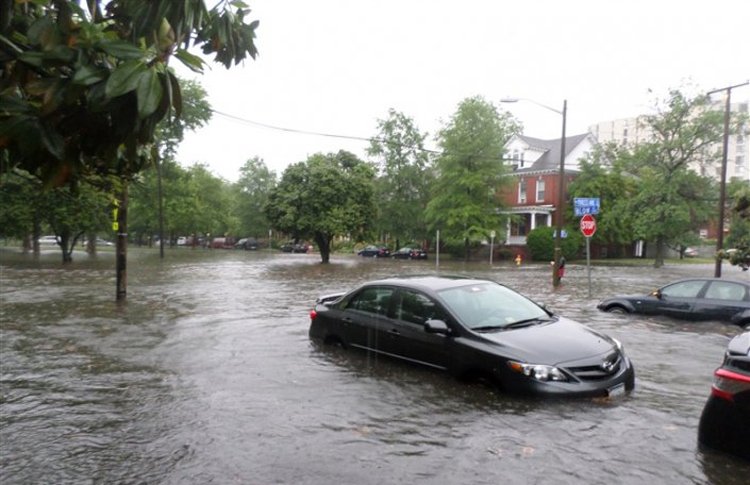 Scientists have said the latest research by the US National Ocean Service’s on the future rise in sea levels must be seen as a call for urgent action as coastal communities across the world are under serious threat.

The NOS an office within the US Department of Commerce National Oceanic and Atmospheric Administration (NOAA), has warned the United States is expected to experience as much sea level rise by the year 2050 as it witnessed in the previous hundred years. The Sea Level Rise Technical Report provides the most up-to-date sea level rise projections for all U.S. states and territories by decade for the next 100 years and beyond.

The report found that the sea level rise expected by 2050 will create a profound increase in the frequency of coastal flooding, even in the absence of storms or heavy rainfall.

“By 2050, moderate flooding ⁠— which is typically disruptive and damaging by today’s weather, sea level and infrastructure standards ⁠— is expected to occur more than 10 times as often as it does today,” said Nicole LeBoeuf, NOAA national ocean service director. “These numbers mean a change from a single event every 2-5 years to multiple events each year, in some places.”

“For businesses along the coast, knowing what to expect and how to plan for the future is critical,” said US Secretary of Commerce Gina M. Raimondo. “These updated projections will help businesses, and the communities they support, understand risks and make smart investments in the years ahead.”

“This new data on sea rise is the latest reconfirmation that our climate crisis ⁠— as the President has said ⁠— is blinking ‘code red,’” added Gina McCarthy, National Climate Advisor. “We must redouble our efforts to cut the greenhouse gases that cause climate change while, at the same time, help our coastal communities become more resilient in the face of rising seas.”

In the UK leading scientists have joined the call for action warning that the UK and beyond will suffer a similar threat to the United States as sea levels rise.

Dr Vikki Thompson, Senior Research Associate at the School of Geographical Sciences and Cabot Institute for the Environment, University of Bristol, said: “As the report from USA finds, in the UK we are likely to experience as much sea level rise as occurred in the last century in the next 30 years, and this will lead to an increase in coastal flooding.

“Over the past century sea level around the UK has risen, and this trend will continue over future centuries. Around the UK by 2100 the average sea level rise is projected to be about half a metre. Although all regions will experience sea level rise some regions show a slower change than others. In areas of central Scotland which were covered by glaciers in the last ice age, the land is rebounding now the ice is no longer pressing down – causing less sea level rise. The future is not set – reducing emissions will reduce sea level rise.”

“Globally, sea level rise has picked up the pace in recent years, rising 25 cm since 1900 – with 10 cm of that since 1993,” explained Dr Ella Gilbert, post-doctoral research assistant in the Department of Meteorology, University of Reading. “This report shows that US sea level rise is expected to accelerate further as the climate warms due to the effects of glacier melt, the expansion of the ocean as it warms, and – in some places – the sinking of land.

“Just like in the US examples given in this report, sea level rise will affect different parts of UK coastlines differently, with seas rising more in the Southeast of England than in Scotland. Higher water levels mean greater risks of flooding, coastal erosion and storm damage, with attendant consequences for property, infrastructure, and lives.

“Urgent action is required to avoid worsening the future risks and to adapt to the changes that are already baked in.”

Professor Ilan Kelman, professor of disasters and health at University College London, warned the impact will be profound.

“This new report is so important in telling us what we must do to be ready as sea-level rise becomes more evident,” he explained. “The changes are slow and incremental, but after decades would become devastating without proper action. We must start now, immediately acting and planning for the next century to ensure that we can experience these changes without catastrophe.”

“By 2050, moderate flooding ⁠— which is typically disruptive and damaging by today’s weather, sea level and infrastructure standards ⁠— is expected to occur more than 10 times as often as it does today.”

GBphotos.com Climate still tough for industry and its reputation
Scroll to top