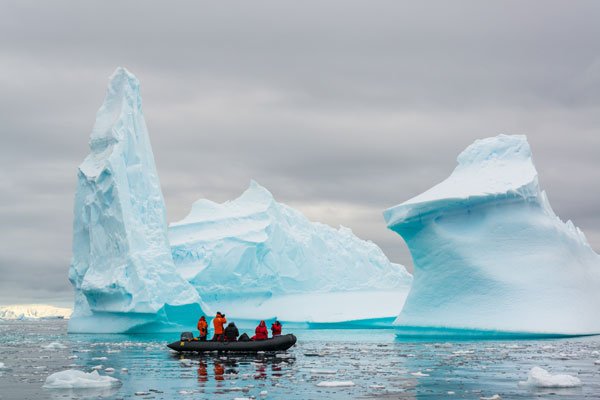 One of the world’s leading climate scientists has warned the continued shrinking of the Arctic sea ice threatens the planet.

Speaking in an article issued by the United Nations Environment Programme (UNEP), one of its leading experts, Pascal Peduzzi, warned a reduction in sea ice had the potential for catastrophic impacts on the world as a whole.

The 13 September 2020 marked a new, troubling milestone, with Arctic sea ice shrinking to the second-lowest extent ever recorded. Mr Peduzzi explained the significance of sea ice loss should not be underestimated.

“It matters because the extent of sea ice affects local ecosystems, regional and global weather patterns, and ocean temperatures and circulation,” he said. “If Arctic sea ice continues to shrink, we may see a summer ice-free Arctic Ocean by the mid-2040s and the disappearance of polar bears and other animals.

“However, there are also global consequences. Snow and ice help keep the planet cool because they reflect the sun’s rays back into space. Warmer temperatures mean Arctic sea ice is reduced, ocean temperatures rise, and the warmer water (with a bigger volume) contributes to sea-level rise.”

UNEP said the lowest extent of sea ice on record was in 2012. Last year’s extent was almost as small, and now this year, on 13 September, we saw the second lowest ever recorded Arctic sea ice minimum (3.709 million square kilometres). In addition, in 2020, the area of Arctic Sea Ice was the lowest on record for the month of July.

“Reduced Arctic sea ice means increased ocean temperatures,” warned Mr Peduzzi. “Combined with melting glaciers on land, this contributes to sea-level rise, which is accelerating. Between 1994 and 2010 sea-level rise averaged 3.3 mm per year, but since 2010 it has been rising at an average of 5.7 mm per year.

“A warming world threatens the planet’s library of life, including our own existence. We need to change the way we do agriculture, our industry, the way we travel, and how we heat and cool our homes. We need to ramp up renewable energy and rapidly phase out fossil fuels. We need to implement nature-based solutions and introduce a circular economy. Solutions exist, but their implementation is too slow. We also need more data and science. Governments need to get serious about climate action.”

The expert made it clear as to the cause of the reduction.

“Increasing emissions of greenhouse gases, principally carbon dioxide (CO2), are to blame,” he said. “The global trend in the increase in CO2 concentration is not only rising but accelerating. In 1960 it was +0.9 parts per million (ppm) per year, in 1980 +1.21 ppm; in 2000 +1.83 ppm and in 2020 it is +2.51 ppm/year. Global heating is real. There is a strong correlation in the long-term trends between CO2 emissions and atmospheric CO2 levels and we’re in danger of missing key Paris Climate Agreement goals as the emissions gap widens.”

UNEP said its annual Emissions Gap Report along with the World Environment Situation Room are painting “a worrying picture”.

Monthly global temperatures for January, February, March and July 2020, were the second warmest since records began in 1880, while in April, May and June 2020 they were the warmest ever on record since 1880.