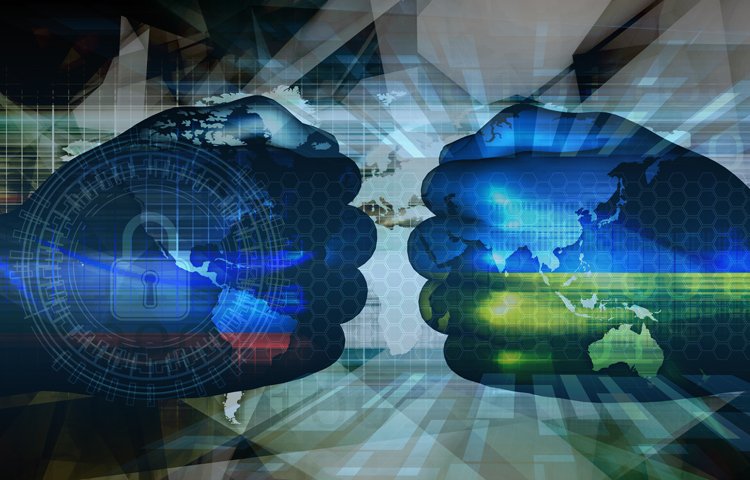 As Russian President Vladimir Putin began his long-expected military assault on Ukraine this week, experts have warned that we can expect a continuation of the cyber war which had already began in earnest.

In the day before the invasion, several of Ukraine’s bank and government department websites crashed on Wednesday (23 February).

Ukraine’s parliament and other government and banking websites were hit with another wave of distributed-denial-of-service attacks, as cybersecurity researchers said unidentified attackers had also infected hundreds of computers with destructive malware.

Distributed denial of service attacks are designed to knock a website offline by flooding it with huge amounts of requests until it crashes.

ESET Research Labs said it detected a previously unseen piece of data-wiping malware Wednesday on “hundreds of machines in the country.”

It was not clear how many networks were affected.

“With regards whether the malware was successful in its wiping capability, we assume that this indeed was the case and affected machines were wiped,” said ESET research head Jean-Ian Boutin.

Boutin did not name the targets but said they were “large organisations”.

The incident follows a similar attack just over a week ago in which some 70 Ukrainian government websites crashed as part of another DDOS attack.

The blame for the attacks has been directly place on Russia, despite official denials.

However, with the physical invasion now firmly underway, there is fear that Russia will now unveil further cyber-attacks as part of a broader war strategy, with experts warning that such attacks have the potential to cripple infrastructure, affecting water, electricity and telecommunication services.

Victor Zhora, the deputy of Ukraine’s Cyber Command, has warned that Russia is probably keeping its most dangerous tools in reserve.

“They are ­already trying a huge variety of ways to get control over our networks and critical infrastructure,” he told The Australian. “Of course, it’s only the tip of the iceberg.”

Despite the expected ferocity of the Russian cyber threat, there is some solace in that Ukraine has received international help with regard to bolstering its cyber defences, and is understood to receive help from Western security services including America’s Cyber Command.