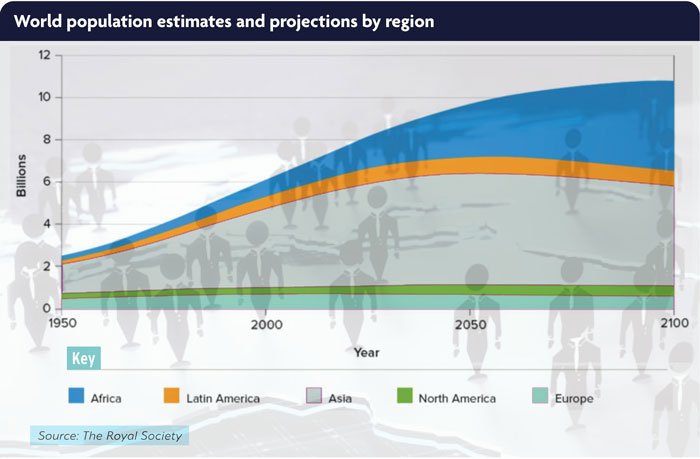 Projected future population growth could reach 11 billion by the end of the century and cause substantive harm, according to John Bongaarts, distinguished scholar, Population Council

The world population grew at an historically unprecedented pace from 2.5 billion in 1950 to 7.8 billion in 2020. This tripling of population size has had wide-ranging adverse consequences for human welfare and the natural environment. The expansion is expected to continue in future decades reaching 10.9 billion in 2100.

In theory, the human impact on nature can be offset by reducing per capita consumption of natural resources especially in the rich world and by developing green technology. But in practice there is no doubt that this projected growth will do substantial further harm.

The “demographic transition” refers to a process of long-range demographic change observed historically in populations around the world. A transition usually takes a century or more to unfold and is accompanied by the transformation of traditional agricultural societies into modern industrial ones. During the transition, initially high mortality and high fertility decline to low levels (mortality first, fertility after a delay) with a period of rapid population growth in the middle. Over the course of the transition, population size multiplies many times.

Today, Africa’s rapidly growing population is in mid-transition. South and West Asia and Latin America are nearing the end of their transitions and the more developed countries (MDCs) and East Asia have reached the end with near zero or even negative growth rates. These regional growth differences are expected to persist in future decades with the addition of 3 billion between 2020 and 2100, mostly in Africa and South and West Asia. Populations of East Asia and Europe are expected to decline modestly.

The current era of rapid urbanization began with the onset of the Industrial Revolution as surplus labour from rural areas moved to cities in search of a better life. Urbanisation was more rapid in MDCs than in LDCs with the 1950 proportion living in urban areas reaching 55% and 18%, respectively.

Over the past half century urbanisation has proceeded everywhere with the world average doubling from 30% in 1950 to 56 % in 2020. UN projections expect the urban proportion to reach 87% in MDCs and 66% in LDCs by 2050.

In recent decades, overall population growth and rising urbanization produced extremely rapid growth in the urban populations of LDCs. This expansion has been difficult to absorb in the poorest countries where urban infrastructure has not kept pace, resulting in lack of public transportation, housing, clean water and sanitation, and overcrowded schools and health facilities. The scarcity of housing has led to the explosive growth of slum areas where the poor and marginalized live with limited access to infrastructure and services. A large proportion of the billions of people expected to be added to the LDCs in the future will end up living in very poor conditions.

Over the course of the demographic transition, populations age as the proportion of young people declines and the proportion of old people rises – the result of declining fertility and rising lifespans. Today the proportion over 65 ranges from a low of 3% in sub-Saharan Africa to a high of 18% in Europe and Northern America.

The ageing process starts in the middle of the demographic transition with the decline in the birth rate. This decline initially has a beneficial economic effect as the reduction in the young population temporarily raises the proportion of the population in the labour force, thus giving the economy a boost (aka the “demographic dividend”). However, late in the transition the proportion above age 65 rises rapidly, thus putting pressure on pension and healthcare systems, and slowing economic growth. This is now the situation in most MDCs. By 2100 populations everywhere will age further with proportions over 65 ranging up to a third of the total population.

Any program-induced fertility decline will (other things being equal) change the future trajectory of population growth. To illustrate, we compare Pakistan and Bangladesh where the program induced differences in fertility trajectories resulted in increasingly large differences in population size over time.

In 1980 the two populations were virtually the same size (c 80 million). However, by 2100, Pakistan’s population is projected to be more than double the size of Bangladesh’s (403 vs 151 million). This suggests that the Bangladesh family planning program led to a large cut in the country’s potential 2100 population.

Fertility and population trends are also affected by levels of socioeconomic development. But this is unlikely to be the dominant explanation for the different population trajectories, since development levels as measured by the Human Development Index have been nearly the same for Bangladesh and Pakistan, which are both poor agricultural majority-Muslim countries in South Asia.

Population growth is one of the factors causing a decline in biodiversity. This fact is often ignored by policy makers in part because the matter is sensitive and there is opposition to family planning programmes from conservative groups, from those who fear coercion and from analysts who believe that nothing can be done.

The evidence is now clear that voluntary family planning programmes are needed to help women achieve their reproductive goals and reduce unplanned fertility in particular in the poorest societies. These programmes improve lives of women, their children, and their communities, enhance prospects for poverty reduction and moderate the increasingly harmful impact of human activities on the natural environment.

This paper is an abridged version of one commissioned by The Royal Society to strengthen the scientific evidence base on biodiversity and make this available to policy-makers. The series of essays from global experts in fields as diverse as biology, conservation, ecology, environment, economics and population is intended to stimulate discussion on the problems and potential solutions to arrest and reverse the decline in biodiversity. 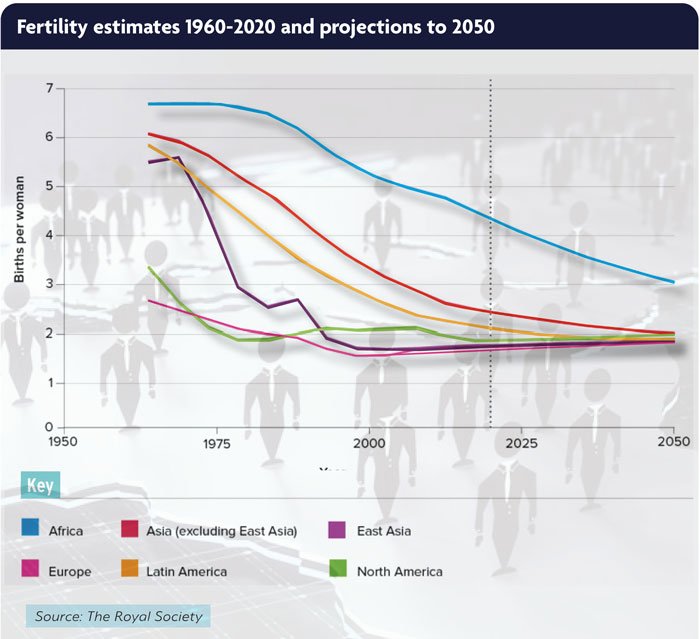 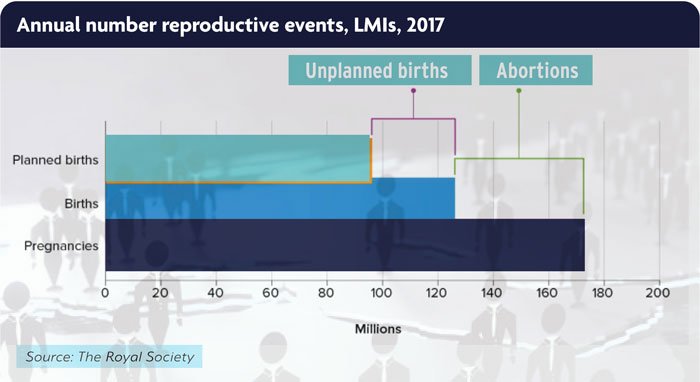 Over the past half century urbanisation has proceeded everywhere with the world average doubling from 30% in 1950 to 56 % in 2020. UN projections expect the urban proportion to reach 87% in MDCs and 66% in LDCs by 2050.

Our best wishes to all our readers
Scroll to top