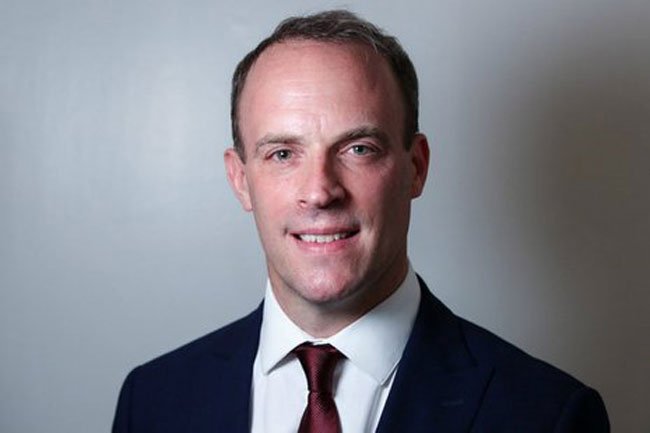 UK Foreign Secretary Dominic Raab has announced new steps to support the right against the rise of terrorism in West Africa.

As Counter terror police in the UK warned they fear an increase in terrorism attacks as lockdown restrictions ease, Raab announced to a meeting of the Global Coalition against Daesh in Rome that the UK will commit £12.6 million to support efforts to counter the group in the Lake Chad Basin, which covers north-east Nigeria, Cameroon, Niger and Chad.

The funds will be used to support both the regionally-led military fight against Daesh, and projects encouraging its fighters to leave the terrorist group.

Foreign ministers from more than 45 countries met in Italy to discuss deepening cooperation to combat Daesh and its affiliate terrorist groups, including emerging threats across the African continent.

The UK also highlighted its concern over the fragile security situation in Iraq and violence in displacement camps and detention centres in north-east Syria.

Raab will urged Coalition partners to come together to tackle this pressing threat and target the longer-term drivers of terrorism, both in the Middle East and in areas of Africa where attacks from Daesh-linked groups have been growing.

The UK is funding a new Conflict, Stability and Security Fund programme for the Lake Chad Basin region of West Africa, where Daesh’s affiliate, known as Islamic State West Africa (ISWA), is responsible for significant violence.

This will support regional military efforts to counter Daesh and other groups, as well as efforts to safely demobilise suspected low-level members of terrorist groups.

Raab told the coalition: “Two years since Daesh’s territorial defeat in Iraq and Syria, the threat of Daesh and its hateful ideology has not gone away. Worryingly it continues to grow in Africa which is why we must work with our Coalition partners to fight its poisonous propaganda on all fronts.

“We stand shoulder to shoulder with our African partners to tackle the growing threat from Daesh-linked groups across Africa, particularly in the Lake Chad Basin.”

Daesh recently released a new speech by its spokesman, the first since October 2020.

The spokesman congratulated affiliates for their attacks, including in West Africa. Islamic State West Africa (ISWA) in Nigeria and the Lake Chad Basin regularly issues propaganda boasting horrific violence against both civilian and military targets. The funding announced today will help counter such propaganda.

“As set out in the Government’s Integrated Review, the UK is committed to burden-sharing with its security allies, and to serving as a ‘force for good in the world’,” said a Foreign Office spokesman.

Yesterday’s meeting marked the first time Global Coalition foreign ministers have met in person since November 2019 and was co-hosted by Italian Foreign Minister Luigi Di Maio and US Secretary of State Anthony Blinken.