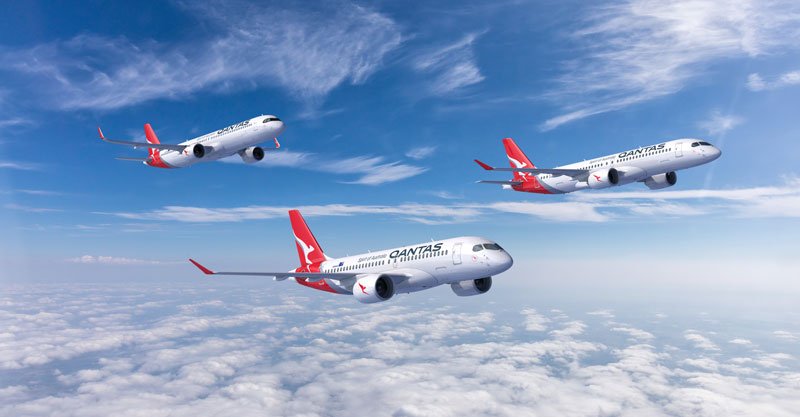 The CEO of Qantas Group has said the airline will have to utilise aviation technology which is currently available to drive its net zero ambitions.

Alan Joyce was speaking as he launched the Australian airline’s strategy to achieve net zero emissions by 2050, including an interim target to reduce carbon emissions by 25 per cent by 2030.

“Aviation is a crucial industry, especially in a country the size of Australia. Having a clear plan to decarbonise Qantas and Jetstar so we can keep delivering these services in the decades ahead is absolutely key to our future,” he said.

“We’ve had a zero net emissions goal for several years, so these interim targets are about accelerating our progress and cutting emissions as quickly as technology allows.”

Joyce said a future of zero emission long haul flights was too far ahead, and airlines needed to make best use of current technology.

“Hydrogen or electric powered aircraft are several decades away, particularly for the length of most flights, so our plan is focused on the technology that is within reach today,” he explained. “We’re looking at new aircraft that burn approximately 15 to 20 per cent less fuel and we’re already using sustainable aviation fuel for our London flights that can cut emissions by up to 80 per cent.

“One benefit of setting these targets now is sending a clear signal that we’re in the market for large volumes of sustainable aviation fuel, for carbon offset projects and for products that can be recycled. That will hopefully encourage more investment and build more momentum for the industry as a whole.

“Responding to climate change is a big challenge, but we will get there. Partnerships with industry and all levels of government are going to be key to create the supply chains we need, and customers will have a role to play as well in supporting more sustainable options.”

Under the plans Qantas announced key targets for fuel efficiency and the uptake of sustainable aviation fuel (SAF), which it said will be critical for reaching net zero emissions, as well as reducing waste and continuing to grow the Group’s industry-leading carbon offsetting program.

These targets for reducing its environmental footprint include:

It has also signed a Memorandum of Understanding with ANZ and INPEX for a major integrated reforestation and carbon farming project in Western Australia’s wheatbelt region, an area the size of Belgium in the south west of the state.

Qantas will also target to eradicate single use plastics before 2027, which means every Qantas or Jetstar flight will use products in compostable or recyclable packaging. A small number of health and safety items onboard will remain plastic, but the airline said it was committed to exploring alternatives.

“By 2030, Qantas is targeting to have all of its Australian-based operations completely free of ‘general waste’, including flights, lounges and office buildings,” it said. “This means any waste generated by Qantas operations is planned to be diverted through recycling or organic waste programs or converted into energy.”