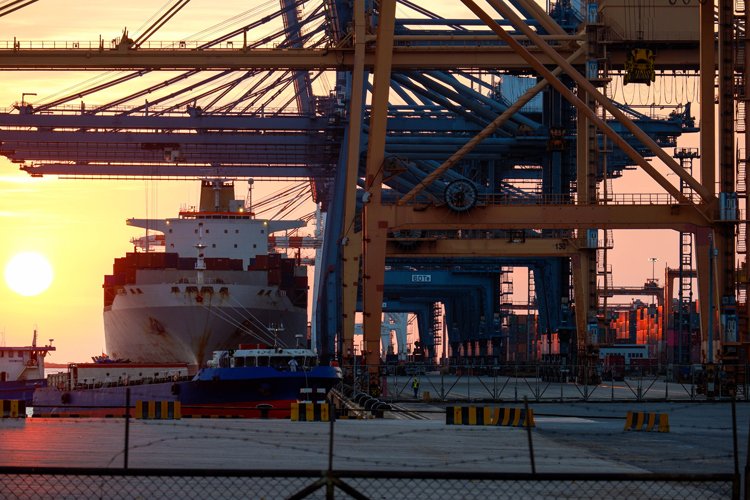 UK Maritime Minister Robert Courts has announced plans to accelerate the UK’s ambitions to deliver a greener, more sustainable future for the shipping industry with plans to explore the roll out of emissions-cutting shore power at UK ports.

Courts said shore power will be vital to decarbonising the maritime sector and improving air quality for local communities. Currently, berthed vessels must run their onboard diesel engines to power lighting, galleys, air-conditioning and other amenities.

It’s the equivalent of a car or van idling while parked, emitting fumes into the air around ports and contributing to greenhouse gas emissions. With shore power vessels will be able to turn off their engines and plug into onshore power sources when berthed, reducing carbon emissions, noise and air pollution.

Courts said: “Climate change is one of the biggest challenges this generation faces, and we will continue to lead international efforts to decarbonise the maritime sector.

“Shore power will end the outdated practice of ships keeping their engines running while anchored in port, reducing the poisonous fumes entering the air and ensuring we meet our net zero 2050 goals.”

Launching a call for evidence on shore power during his keynote speech at the annual UK Chamber of Shipping (UKCoS) Dinner last night the minister outlined how, as well as vital environmental benefits, stimulating the innovation of new green technologies will continue the revival of the UK’s shipbuilding industry, bringing private investment, creating jobs, and revitalising coastal communities.

He explained with the UK leading the charge on key decarbonisation technologies such as zero-emissions vehicles, the country became one of the few nations in the world to have a dedicated Clean Maritime Demonstration Competition, which pledged £23 million in 2021 to fund over 55 decarbonisation projects. This was bolstered by commitments made at COP26, in which the UK launched the Clydebank Declaration, a coalition of 22 countries keen to develop green shipping corridors.

Mark Simmonds, Director of Policy & External Affairs for the British Ports Association, welcomed the announcement and the recognition of the role ports will play in the drive to net zero.

“The ports industry has a key role to play in supporting the decarbonisation of shipping, and shore power will be an important part of that,” he said. “This call for evidence is a step forward and will help us all better understand the current barriers to delivering more shore power to ships. We look forward to sharing the sector’s experiences so far and exploring how industry and government can work together to lower emissions in ports.”

Tim Morris, CEO at the UK Major Ports Group, added: “Shore power has the potential to play a positive part in the future of zero emission maritime, although it is an area that currently faces some significant challenges. The Call for Evidence is therefore an important step in finding the right, viable ways that industry, Government and networks can work together to support the wider deployment of shore power where it is an appropriate solution.”