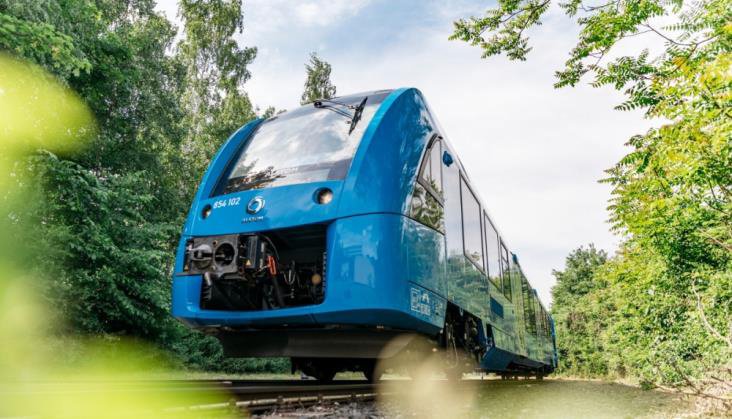 In a move which could indicate the future direction of rail travel, Polish fuels group PKN Orlen plans to buy the country’s first hydrogen-powered locomotive.

The SM42 locomotive will be built by the Bydgoszcz-based firm PESA.

The company highlighted the fact that the hydrogen technology it is developing is part of the Orlen2030 strategy, which foresees growth in the importance of alternative fuels.

“The company, within the framework of co-operation with PESA Bydgoszcz, plans to buy a modern locomotive, which will be the first rail vehicle in Poland to use hydrogen power,” PKN Orlen said, adding that the train’s official presentation would take place during the 14th TRAKO International Railway Fair in Gdańsk.

“The purchase of the first locomotive of its kind in Poland is a step in the direction of using zero-emission hydrogen fuel on a large scale in rail transport,” PKN Orlen President Daniel Obajtek said.

Obajtek went on to say that in line with its strategy, the company is investing in modern, clean technology, which he claimed will bring concrete business benefits and also contribute to implementation of the European Green Deal.

The rail initiative comes as hydrogen risks are rapidly emerging as a key energy risk.

This summer, for example, Lloyd’s committed to leading research through Lloyd’s Futureset into the specific risks posed by hydrogen, as part of its latest six point action plan to address climate-related risks.

The study will include its flammability, and how these risks might emerge in different ways according to how this fuel is used at a sectoral level. Lloyd’s said that this will help corporates and private investors to understand how these risks can be managed and where specialist coverage may need to be introduced or expanded, for example in relation to the transportation of hydrogen.

As Lloyd’s said in its report, Insuring a sustainable, greener future, the EU has put hydrogen at the heart of its green recovery, with a target of 40GW of electrolyser capacity by 2030 79. It also has ambitions to strengthen the hydrogen transportation network in the region, working with gas grid operators to develop the ‘European Hydrogen Backbone’ which leverages existing gas transmission pipelines to connect the demand and supply of hydrogen.

Similarly, the report noted, the UK Government has identified the growth of hydrogen as a strategic imperative and aims to develop 1GW of low carbon hydrogen production capacity by 2025 (increasing to 5GW by 2030).

It also plans to launch a £240m net zero hydrogen fund to promote low carbon hydrogen production in the UK, and will release its formal hydrogen strategy later in 2021.