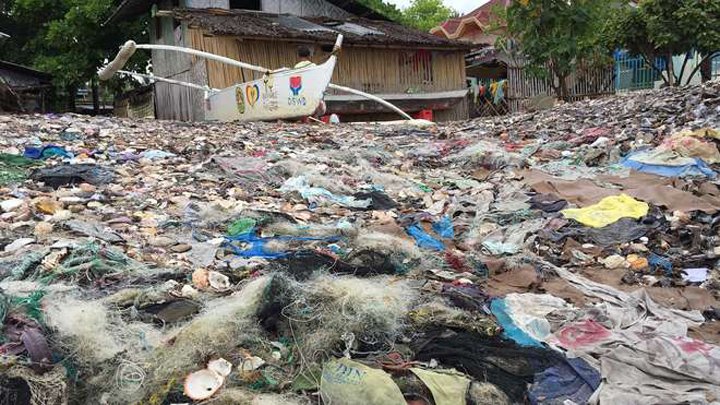 Government ministers from 170 countries are on the brink of agreeing a global agreement which will end plastic pollution.

The assembly’s two weeks of negotiations follow research in the run up to COP26, which highlighted the threat plastics pose to the world, its atmosphere oceans and economies.

It found plastic pollution leakage into aquatic ecosystems has grown sharply in recent years and is projected to more than double by 2030, with dire consequences for human health, the global economy, biodiversity and the climate.

Using a life cycle analysis, the report found 2015 greenhouse gas emissions from plastics were 1.7 gigatonnes of CO2 equivalent (GtCO2e) and are projected to increase to approximately 6.5 GtCO2e by 2050, or 15 per cent of the global carbon budget.​​

Plastic accounts for 85 per cent of marine litter and warns that by 2040, volumes of plastic pollution flowing into marine areas will nearly triple, adding 23-37 million metric tons of plastic waste into the ocean per year. This equates to 50kg of plastic per meter of coastline worldwide.

It added marine litter and plastic pollution will significantly affect the global economy. The economic costs of marine plastic pollution with respect to its impacts on tourism, fisheries and aquaculture, together with other costs such as those of clean-ups, were estimated to be at least $6-19 billion globally in 2018. It is projected that by 2040 there could be a $100 billion annual financial risk for businesses if governments require them to cover waste management costs at expected volumes and recyclability.

“Our Assembly gathers at a moment of severe geopolitical turmoil. More than ever, we must demonstrate that multilateral diplomacy can deliver,” said the President of UNEA-5 and Norway’s minister for Climate and the Environment, Espen Barth Eide. “Plastic pollution has grown into an epidemic of its own. Paradoxically, plastics are among the most long-lasting products we humans have made – and frequently, we still just throw it away. Plastic is a product that can used again, and then over and over again, if we move it into a circular economy. I am convinced that the time has come for a legally binding treaty to end plastic pollution.”

Inger Andersen, Executive Director of the UN Environment Programme (UNEP), added: “Over the last week, we have seen tremendous progress on negotiations towards an internationally legally binding instrument to end plastic pollution. I have complete faith that once endorsed by the Assembly, we will have something truly historic on our hands.”

“Ambitious action to beat plastic pollution should track the lifespan of plastic products – from source to sea – should be legally binding, accompanied by support to developing countries, backed by financing mechanisms, tracked by strong monitoring mechanisms, and incentivising all stakeholders – including the private sector,” Andersen added.

The resolution on plastic pollution, as well as the other pressing environmental issues, will be formally decided by Member States in the closing plenary meeting of the Assembly today.