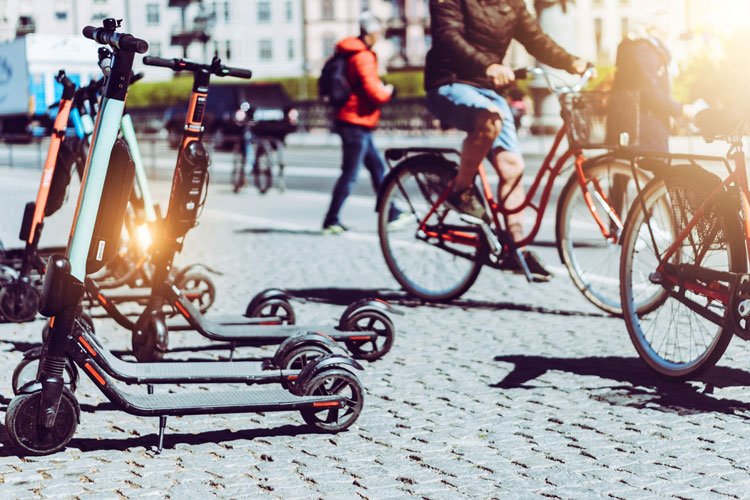 Parisian authorities are considering a ban on self-service electric scooters unless safety issues are addressed, following the death of a pedestrian.

Paris’s deputy mayor David Belliard said that contracts for self-service e-scooter providers would not be renewed next year unless there was a “significant improvement in the situation and scooters find their place in public space without causing disturbance or additional danger”.

Belliard has told operators to limit the speed to a maximum of 10km/h to create “slow zones” where there are often large numbers of pedestrians, according to Le Parisien. He has also asked to meet with service providers Lime, Dott and Tier to discuss their contracts, which are currently in place until October 2022.

The move follows the death of a 32-year-old woman after being hit by an e-scooter in a pedestrianised area near the Seine.

The woman was transported to hospital after the accident but died from her injuries on June 16. The police have arrested two women in connection with the incident.

Sadly, this is not the only fatality attributed to e-scooters in recent weeks.

In Jura, Grand Est, a 12-year-old child also died while riding an e-scooter on June 7. The boy was unable to stop the scooter he was riding with his twin brother before reaching a crossing.

Also in Jura, a 60-year-old man died on June 28 after being found injured on the side of the road by a passing cyclist. The man had been riding an e-scooter without a helmet.

In October 2019, the government passed a law limiting e-scooters and other motorised solo transport to maximum speeds of 25kmph. They are only allowed to have one person on board and should be used in cycle lanes.

In Paris, they are restricted to a 20kmph speed limit falling to 10kmph in some areas. They cannot be parked on pavements.

Lime, Dott and Tier currently have two-year contracts allowing them to make 5,000 vehicles each available in the capital.