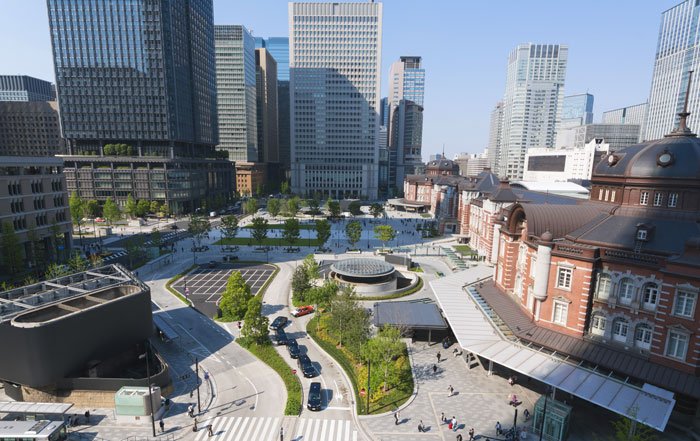 Pandemic can be a catalyst for urban renewal

The pandemic is a catalyst for change that can be used to reimagine city centres and public spaces, according to a number of leading industry figures speaking as part of The Future of Cities event.

Speaking at the webinar, organised by Infrastructure Intelligence in association with BECG, Stephen O’Malley, founding director of specialist consultancy Civic Engineers, described COVID as a profound challenge and a catalyst for change that was already on the way:

“The patterns forced upon us have given us a chance to rethink city centres and public spaces. The changes in high street retail have been game-changing, and there’s scope for new business models for those spaces to focus on more community aspects.

“It’s time to reimagine how buildings can be repurposed and contribute to society, with a reallocation of space to move away from cars and incorporate green infrastructure to focus on biodiversity, people and community.

“We’ve all become more aware of investing in our own neighbourhoods, with concept of compact neighbourhoods – 10, 15, 20-minute neighbourhoods – travelling shorter distances to access amenities. That means benefits to mental health and wellbeing and also on the climate.”

Julia Thomson, smart cities policy lead at the Greater London Authority, highlighted the importance of connectivity and working collaboratively with other partners:

“The pandemic allowed different layers of local government to be proactive and work together, especially sharing data,” she said.

“We’ve found that the pandemic affected people in many different ways. We’ve looked at that, engaging directly with other local authorities, looking at spend and mobility data to see how people are moving across the city, and we’re seeing a more localised spend in smaller towns and suburbs.”

Hannah Vickers, chief executive of the Association for Consultancy and Engineering, highlighted behavioural change and the social and financial impact of the pandemic, and stressed the need for continued flexibility in the months and years ahead:

She said: “How society will change is unknown. This will not be a straightforward recovery. It will be a lot of one step forward and two steps back – even with the best behavioural insight teams in government – so there will be a lot of shifting policy patterns.”

On the contracting side, Vickers said major projects being put on hold could see a shift towards medium-sized projects and repurposing investment in existing housing and infrastructure – potentially creating more opportunities for SMEs in areas including retrofitting.

The views of the speakers during the event echo similar comments by world-renowned architect Norman Foster last month, who said he remains optimistic about the future of cities as centres of civilisation despite the current difficulties caused to urban centres by COVID-19.

Foster was speaking at the 2021 ULI Virtual Europe Conference.

“The story of cities is really the story of crises,” he said. “Throughout history, cities have bounced back better after a crisis.”

Foster said that the 17th-century fire of London heralded much of the safety precautions that are common today, also creating the “DNA of London as we take it for granted today” with Georgian squares and terraces.

He also said that the 18th-century earthquake that devastated Lisbon informed much of the thinking on seismic proofing buildings during the years that followed.

Foster said that the 19th-century cholera pandemic led to the embankment of the Thames River and more modern sanitation. New York City similarly saw its population decrease due to cholera and Central Park was created to provide open space and improve air quality.

“With all these examples, I would suggest what seems like change in the wake of a pandemic, is really accelerating trends that were already there,” he said.

Foster said the shifts in mobility mean less space is required for certain kinds of transport, since the next generation is not as interested in private ownership of cars or bicycles, accessing them only as an on-demand service.

The views of the speakers during the event echo similar comments by world-renowned architect Norman Foster last month, who said he remains optimistic about the future of cities as centres of civilisation despite the current difficulties caused to urban centres by COVID-19.