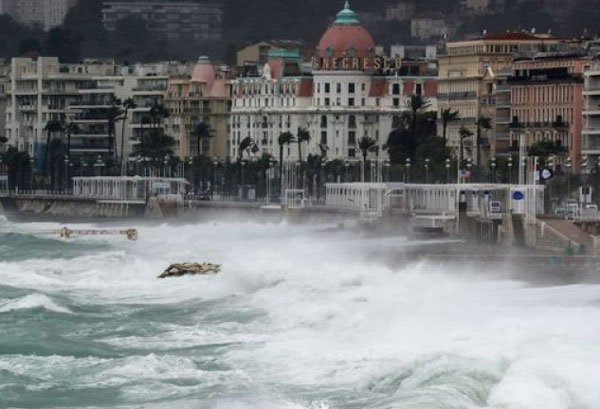 Nice mayor: Alex is worst storm for a century

In words which will hammer home the dramatically changing nature of European natural catastrophe exposure, the mayor of Nice, Christian Estrosi, has labelled Storm Alex as the worst flooding disaster in the area for more than a century.

Two people died and nine people are missing in France and Italy after the storm hit border regions of the two countries over the weekend, bringing record rainfall in places and causing heavy flooding that swept away roads and damaged homes, authorities said on Saturday.

Alex ravaged several villages around the city of Nice on the French Riviera. Nice Mayor Estrosi made his comments after flying over the worst-hit area by helicopter.

“The roads and about 100 houses were swept away or partially destroyed,” he told French news channel BFM.

“I have been particularly shocked by what I saw today,” French Prime Minister Jean Castex added during during a news conference after visiting affected areas, saying he was concerned that the death toll could rise.

At least eight people were missing in France, authorities said. These included two firemen whose vehicle was carried away by a swollen river, according to local witnesses cited by several French media.

Television images from both countries showed several roads and bridges had been swept away by flood water and numerous rivers were reported to have burst their banks.

In Italy, at least two people died, including a fireman hit by a falling tree and another a man in his 30s whose car was swept into a river after a road subsided, local authorities said.

Officials in the Piedmont region reported a record 630 mm (24.8 inches) of rain in just 24 hours in Sambughetto, close to the border with Switzerland.

Piedmont regional chief Alberto Cirio called on the government to declare a state of emergency.

Eric Ciotti, a member of the French parliament who is from one of the worst affected villages in the area, Saint-Martin-Vésubie, said several villages were cut off as they are located in steep-sided valleys of the mountainous region.

Meteo France said that rainfall of 500 mm (19.69 inches) of rain was registered over 24 hours in Saint-Martin-Vésubie and close to 400 mm in several other towns – the equivalent of more than three months of rain at this time of the year.

There was some good news despite the widespread devastation. In Venice, the long-delayed flood barrier system successfully protected the lagoon city from a high tide for the first time on Saturday, bringing big relief following years of repeated inundations.

Millions in danger of delta disaster
Scroll to top