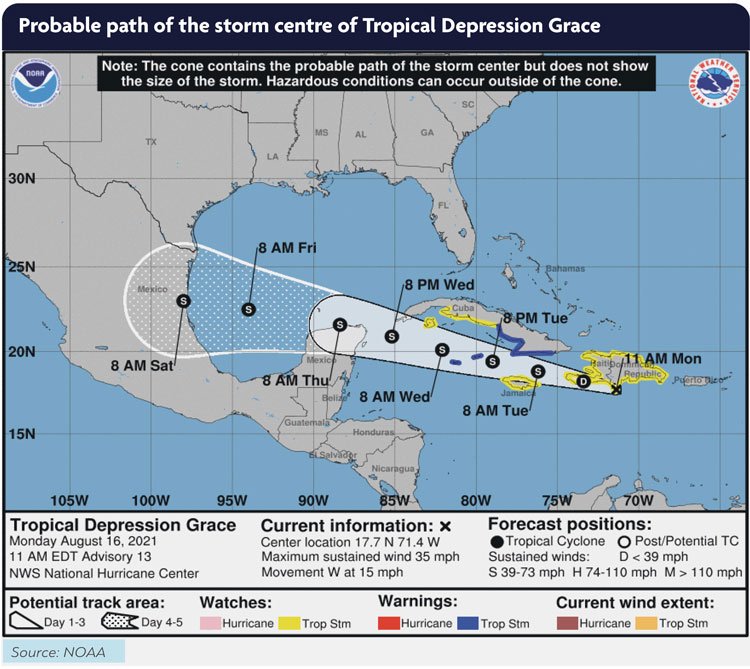 Heavy rainfall is expected across the Dominican Republic, Haiti, Cuba, Jamaica, and the Cayman Islands as a result of Tropical Depression Grace,  which may lead to flash, urban, and small stream flooding, with the potential for mudslides highest in Haiti and the Dominican Republic, according to the US National Hurricane Center (NHC).

Hispaniola on 16 August and over Jamaica on Tuesday 17 August.

There is also  increasing risk of wind and rainfall impacts over the Yucatan Peninsula of Mexico Wednesday night and Thursday.

Grace’s intensity forecast remains complicated by interaction with land and the possibility of some westerly shear during the forecast period, according to the NHC, which added that “the southern shift in the forecast track takes the center of Grace more definitively over very warm 30 degrees Celsius waters in the northwestern Caribbean Sea. Therefore,

gradual strengthening is anticipated while Grace approaches the Yucatan coast of Mexico.”

Once the system reaches the Gulf of Mexico, it added, the shear appears to decrease, and conditions there will likely be conducive for additional strengthening.  In fact, many of

the models, including the consensus aids, bring Grace to hurricane intensity, and the NHC intensity forecast has therefore been bumped upward, bringing Grace very near hurricane strength by the end of the forecast period. 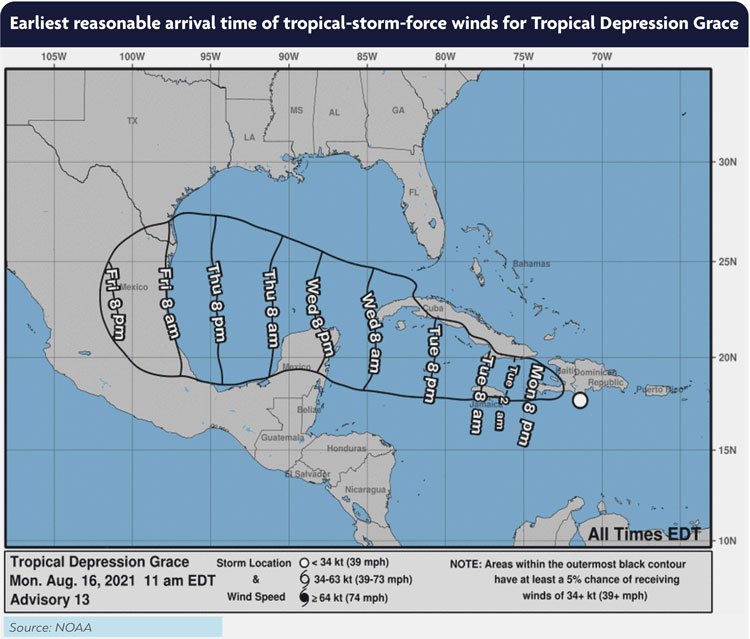