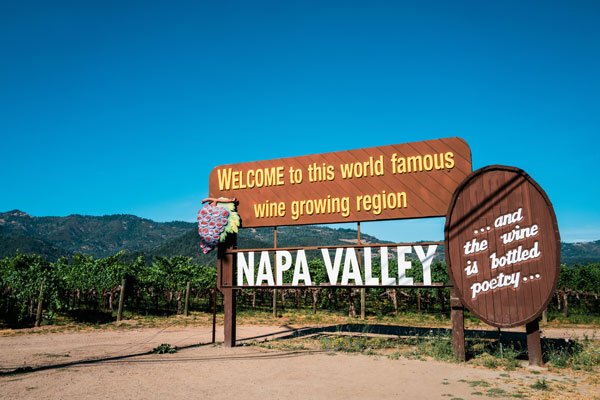 A wildfire which continues to rage through California’s famous Napa Valley, home to some of the greatest red wines in the world, has burned down the Chateau Boswell.

According to reports, the fire more than quadrupled in size overnight to 11,000 acres as thousands of residents awoke to mandatory evacuation orders.

The Chateau Boswell winery in St Helena is a familiar landmark along the Silverado Trail road running the length of the Napa Valley.

The blaze, since named the Glass Fire, ignited at 3.50am Sunday near Calistoga, about 60 miles north of San Francisco, and was fanned through the area’s famed vineyards by dry wind gusts.

The subsequent Shady and Boysen fires merged with Glass, burning 17 square miles as of early Monday, according to the California Department of Forestry and Fire Protection (CDFF).

According to a statement from the CDFF, “crews have reported the fire has had short-range spotting with wind driven runs. A red flag warning is in effect through today for strong and gusty offshore winds, low humidity, and dry fuels. The fire has been at a dangerous rate of spread and has expanded into Sonoma County”.

The Glass Fire struck about midway through the region’s traditional grape-harvesting season, already disrupted by a spate of large fires earlier this summer.

Several Napa Valley growers said recently they would forgo a 2020 vintage altogether due to smoke contamination of ripening grapes waiting to be picked.

The 475 vintners in Napa Valley alone account for just 4% of the state’s grape harvest but half the retail value of all California wines sold. Sonoma County, too, has become a premiere viticulture region with some 450 wineries and a million acres of vineyards.

The full impact on the region’s wine business remains to be seen and will differ for each grower, depending on how far along they are in the harvest, said Teresa Wall, spokeswoman for the Napa Valley Vintners trade group.

“There are some who were close to wrapping up, and some who were still planning to leave their grapes hanging out there for a while,” she said. 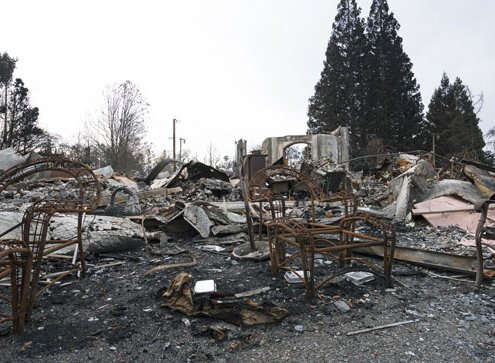 The blaze, since named the Glass Fire, ignited at 3.50am Sunday near Calistoga, about 60 miles north of San Francisco, and was fanned through the area’s famed vineyards by dry wind gusts.