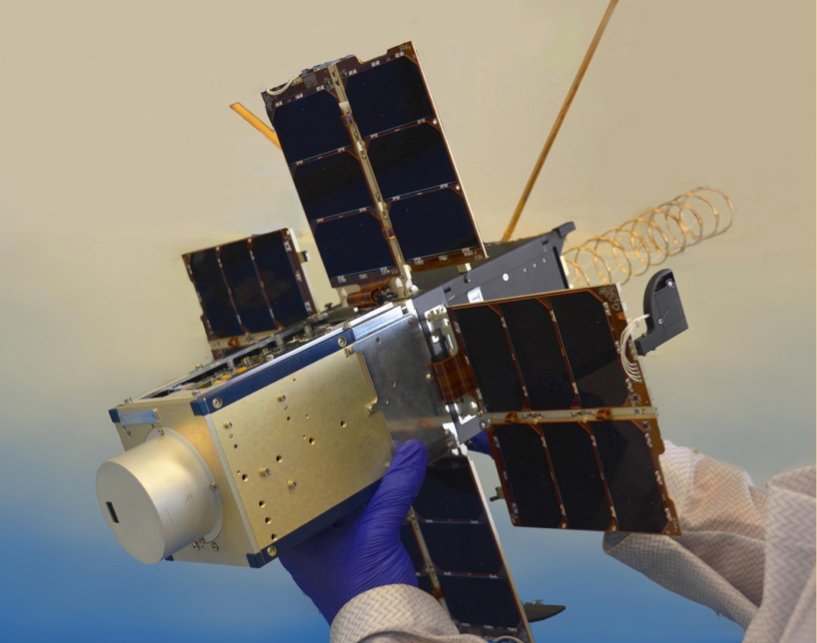 Nasa is to launch a prototype instrument designed to make it easier to predict future volcanic activity.

In the wake of the underwater volcanic eruption of the Hunga Tonga–Hunga Ha‘apai, which sent a plume of ash soaring into the upper atmosphere and triggered a tsunami that destroyed homes on Tonga’s nearby islands, Nasa is to launch the system which will make monitoring and prediction easier.

When in orbit the “Nanosat Atmospheric Chemistry Hyperspectral Observation System,” or NACHOS, will be a CubeSat about 300 miles (480 kilometres) above Earth’s surface, and will use a compact hyperspectral imager to locate sources of trace gases in areas as small as 0.15 square miles (0.4 square kilometres) – about the size of the Mall of America in Minnesota. NACHOS is part of Northrop Grumman’s 17th resupply mission to the International Space Station.

If successful, NACHOS will be the smallest, highest resolution space-based instrument dedicated to monitoring atmospheric trace gases like sulphur dioxide (SO2) and nitrogen dioxide, paving the way for future Earth-observing systems that will not only help predict volcanic eruptions, but also monitor air quality around specific cities, neighbourhoods, and even individual power plants.

“A dormant volcano just waking up may emit SO2 before there is any detectable seismic activity. That gives us a chance to identify a potentially erupting volcano before it actually blows,” said Steve Love, a researcher and task lead with the Space and Remote Sensing Group at the Department of Energy’s Los Alamos National Laboratory (LANL).

Atmospheric trace gases from natural and human-made sources provide scientists with unique insights into a wide variety of Earth systems. For example, nitrogen dioxide, often produced by burning fossil fuels, negatively impacts human health and can serve as a tracer for carbon dioxide (a greenhouse gas that contributes to climate change) that results from human activity.

“When we recognise that these gases are present and can localise their sources on a sub-kilometre scale, we have the opportunity to take action and minimise negative health outcomes,” said Love.

“There are excellent instruments in orbit gathering data on atmospheric trace gases, but they are expensive to produce and maintain. If we want to expand this scientific capability, we’ll need a more cost-effective solution,” said Love.

At just 13 pounds (6 kilograms) and 18 cubic inches (300 centimetres cubed), NACHOS also uses onboard processing algorithms, which reduce both the size of its data transmissions and the amount of time it takes to relay those transmissions back to Earth.

NACHOS will remain aboard Northrop Grumman’s Cygnus spacecraft until May 2022, when the spacecraft will unberth from the International Space Station and place NACHOS in low-Earth orbit before the cargo spacecraft re-enters Earth’s atmosphere.