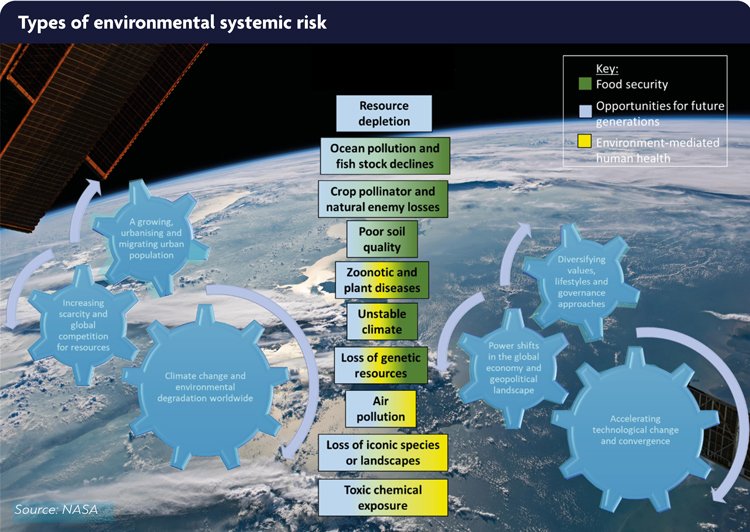 Complex risks to human health and wellbeing have been neglected by governments and NGOs because of a failure to appreciate the complex nature of environmental risks, according to a new report.

The research involved the universities of York, Reading and Surrey and Defra, and was funded by the UKRI Natural Environment Research Council.

The report suggests that a more comprehensive system of risk management should be introduced to deal with environmental risks – considered by the United Nations and World Economic Forum to be among the greatest threats to human life and livelihoods.

Problems like air pollution, food insecurity and zoonotic (animal-borne) disease are complex risks, also known as systemic risks. They are environmental in nature, but are influenced by multiple political, economic, social, technological and legal factors.

These systemic risks, according to the report, are becoming more severe in an increasingly interconnected world, especially as the global environment becomes more degraded. However, they tend to be neglected due to their complexity and the very broad expertise needed to understand them.

Professor Tom Oliver, the project lead from the University of Reading, said: “The air we breathe, the food we eat, and our ability to withstand disease are fundamental human needs, but we are failing to protect these from multiple known and unforeseen threats. Standard risk management techniques don’t work well to show where the weak points are in our resilience to such complex risks.”

The air quality case study considered aspects like the emergence of novel chemical pollutants, unexpected issues arising from the uptake of electric vehicles, climate change and altered work patterns due to the pandemic.

Dr Sarah Moller, a co-investigator from the University of York said: “The method used in this work was a new approach that really captured the interest of our participants. We had people involved from multiple disciplines who approach the issue of air pollution from different perspectives, and it was really interesting to see how this impacted their perception of the identified risk pathways. This led to some insightful discussions of those pathways and the potential interventions and watchpoints.”

The biosecurity case study considered the emergence of zoonotic (animal-borne) diseases, exploring aspects ranging from bioterrorism to how the melting of perma-frosts under climate change can release anthrax spores.

Professor Ian Jones and Dr Matt Greenwell were co-investigators from the University of Reading. Professor Jones said: “While a pandemic index would be valuable to get ahead of emerging disease, it has been very difficult to generate with any certainty. What our studies suggest is we need to refocus and consider a network of factors whose contribution as a whole tip the balance towards crisis.”

The food security case study looked at some of the root causes that hamper access to sustainable nutritious food. Issues such as labour shortages featured, but also deeper causes such as climate change and land use conversion.

Professor Bob Doherty, a co-investigator from the University of York, said: “The participatory approach using people working across the food system allowed us to identify a series of interconnected risks from trade, food banking to soil health impacting on food security. For example, COVID-19 has shown the vulnerability of our increasing reliance on food banks largely staffed by elderly volunteers. This allowed the team to identify Interventions to tackle systemic poverty and associated dietary ill health.”

All these risks also interact with each other. The COVID-19 pandemic has shown how impacts of an airborne disease can be exacerbated by long term air pollution, driving lower respiratory health, as well as how global food supply chains can been disrupted.

Professor Nigel Gilbert, a co-investigator from the University of Surrey and director of the ESRC Centre for the Evaluation of Complexity Across the Nexus (CECAN), said: “The pandemic has shown how one threat can spread across many areas of life and how policies to mitigate the risks need to consider their side effects and unintended consequences.”

Professor Oliver added: “A positive result of this project, involving over 50 diverse experts across academia, business, third sector and government, is the identification of interventions that can reduce multiple types of risk, killing several birds with the same stone, as the saying goes.”

An example from the report is how improving ventilation in buildings can reduce exposure to indoor toxic chemicals as well as to airborne pathogens like COVID-19. Another example is how reducing unsustainable consumption, such as behavioural choices to eat less red meat, can help reduce emissions to air and ecosystem degradation, improving food security and reducing risk of emergence of new animal-borne diseases like COVID-19.

“These types of intervention to reduce multiple risks are often neglected due to the siloed nature of our government and university departments,” said professor Oliver. “Efforts for more joined up thinking across government and academia are essential.”

An example is The Defra Systems Research Programme, which involved investigators Oliver, Doherty and Moller. It was a two-and-a-half year investment to understand how environmental policies interact and can deliver multiple outcomes. The programme was instrumental for helping to set targets in the recent Environment Bill and Defra’s agricultural strategy towards Net Zero. Now, it has expanded into a broader programme- the Systems Innovation and Futures Team in Defra, and similar approaches are being developed in other departments such as BEIS for net zero planning.

“This type of systems thinking in government would now benefit from being to applied to reduce our exposure and vulnerability to complex environmental risks” said professor Oliver. 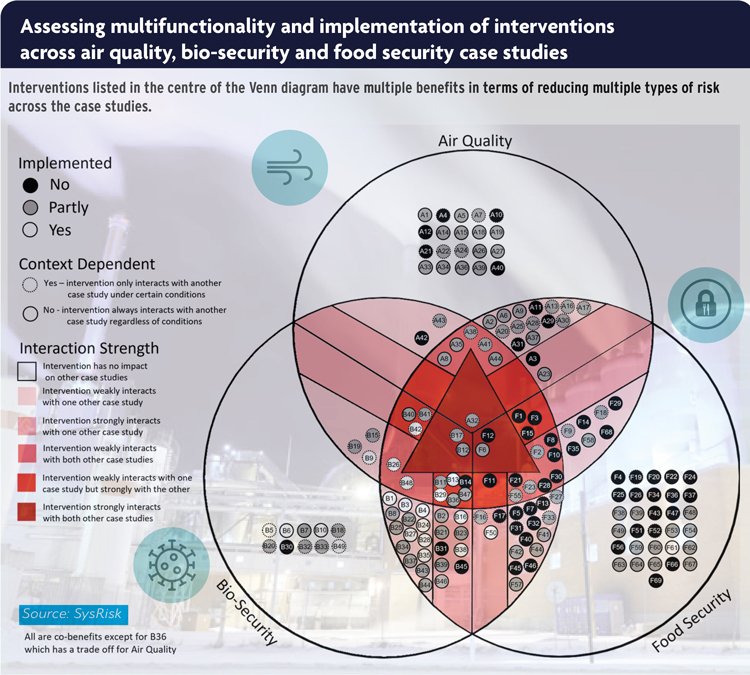 These systemic risks, according to the report, are becoming more severe in an increasingly interconnected world, especially as the global environment becomes more degraded. However, they tend to be neglected due to their complexity and the very broad expertise needed to understand them. 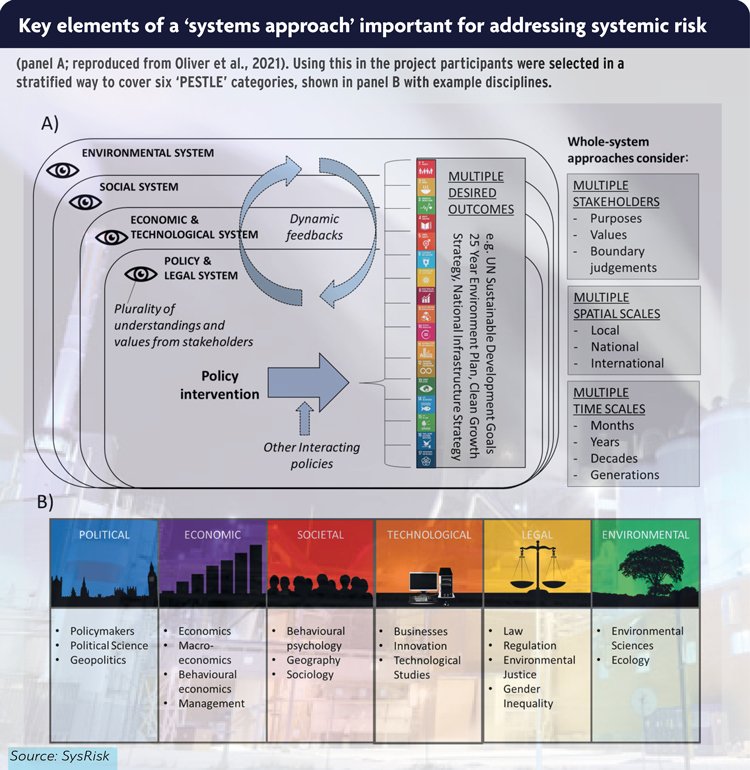