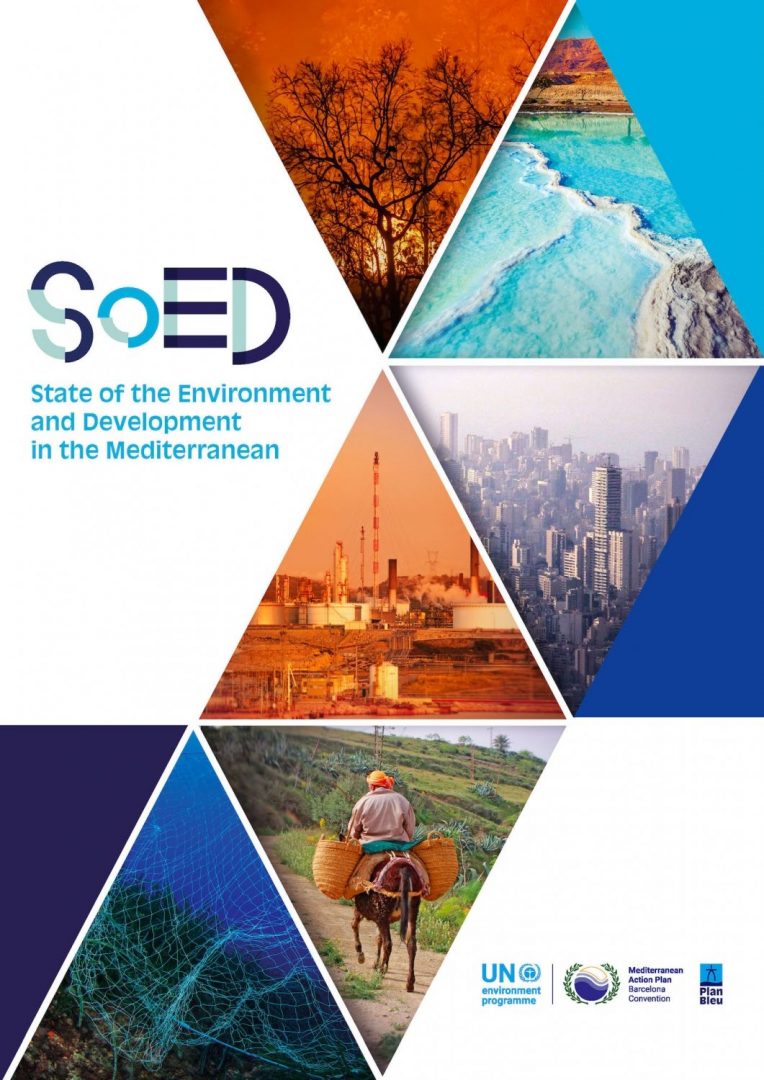 Urgent action has been demanded from governments in the Mediterranean region amid fears that the “unsustainable pursuit of economic growth”, has left the region’s environment in crisis.

A report issued today by Plan Bleu, spells out eight core challenges for the region and urges governments to take steps to halt the slide into environmental disaster.

Despite representing less than 1% of the world’s ocean surface, the Mediterranean Sea is home to up to 18% of the planet’s marine species.

“The decline of Posidonia Oceanica (an endemic seagrass species known as the ‘lungs of the Mediterranean’), overfishing, non-indigenous species are among the symptoms of environmental degradation,” warns Plan Blu. “Marine and coastal ecosystems are reeling under pressure from the unsustainable pursuit of economic growth. This pressure is illustrated by the challenges of marine litter and pollution and further compounded by the rising impacts of climate change.”

The report added that the issues the region faced have been exacerbated by the COVID-19 pandemic.

“This report comes at a historical turning point for the region and the world. In the first half of 2020, COVID-19 has spiralled into a pandemic, compounding a set of intersecting crises already affecting the Mediterranean region,” it explained. “The pandemic is taking a hefty toll through loss of life, human suffering and massive economic disruptions in the region, with much of its medium- and long-term impacts yet to be fully apprehended.

“As we launch the SoED and in response to the socio-economic crisis caused by COVID-19, Mediterranean countries are in the process of introducing policies, measures and stimulus packages to support recovery. Millions of jobs are on the line and according to initial estimates, the crisis has knocked several percentage points off national income. There is no silver lining to be found in the COVID-19 pandemic, but we believe that our region must seize a historic opportunity to recover in a smart, evidence-based green fashion.”

The report said there were eight core challenges:

In response the report was unequivocal in its belief that national governments needed to take the lead.

“Mediterranean countries, individually and collectively, should capture potential economic, social and environmental benefits associated with progress not only in sectors such as agriculture and fisheries, energy, tourism, transport, industry and mining, but also in new sustainable development frontiers through aid, foreign direct investment, international trade and the blue economy,” it stated. “While capturing the related benefits, attention needs to be paid to the negative impacts of emerging and fast-growing sectors on the health of the sea and its coastal areas. Such sectors are strongly influenced in the Mediterranean by world trends and changes.”

To ensure the necessary transition towards a sustainable and inclusive future, the report said governments and enterprises in the Mediterranean region should build on a mix of regulatory and economic instruments, with attention to proper prices, taxes and subsidies.

It needed to tap into technological and social innovations and explore multiple financing sources that target sustainable investments and walk-out on funding of polluting activities: national and international, 2020 public and private, conventional and non-conventional, micro-credit.

“At this point in time, legislative and regulatory shortcomings, difficulties in controlling economic activities and budgetary restrictions explain the gaps between commitments and implementation of public policies in the Mediterranean region,” added the report.