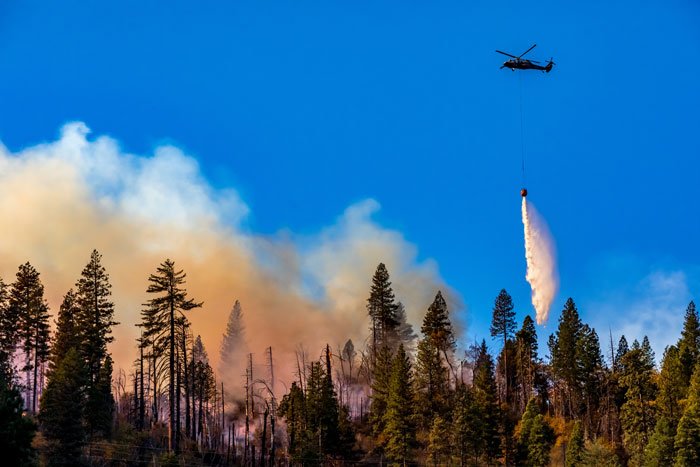 The Caldor wildfire has prompted officials to tell everyone in the city of South Lake Tahoe to evacuate, with the US Forest Service temporarily closing all national forests in California.

In California, Governor Gavin Newsom declared a state of emergency in Alpine, Amador and Placer counties, which surround the Lake Tahoe region, his office announced.

Nevada Governor Steve Sisolak has also declared a state of emergency, in anticipation of flames from the Caldor Fire crossing state lines in the coming days.

The declaration “ensures resources from the local, state, and federal levels are available to assist as needed during this emergency,” a statement from Sisolak’s office said.

So far, the Caldor Fire has destroyed 664 structures, both commercial and residential, according to Cal Fire. Nearly 40 structures have been damaged and five injuries are reported, officials said.

The fire is being fuelled by dangerously dry conditions as California suffers drought conditions.

Overall this year, 1.76 million acres have burned from 6,913 fires, according to Cal Fire.

The US Forest Service said its closure goes into effect Tuesday night (31 August) and will last until at least 17 September.

The order is a precautionary step to reduce the likelihood that visitors could become trapped during emergency fire circumstances, the Forest Service said.

“We do not take this decision lightly, but this is the best choice for public safety,” Regional Forester Jennifer Eberlien said in a statement. “It is especially hard with the approaching Labor Day weekend, when so many people enjoy our national forests.”

As the fires continue to spread, approximately 200 US Army Soldiers are being trained to assist firefighters in their battle against the flames, a statement from US Army North Public Affairs said.

Units from Joint Base Lewis-McChord in Washington state will be trained to assist with the response to the Dixie Fire which is burning on National Parks land, the release said.

So far, the Caldor Fire has destroyed 664 structures, both commercial and residential, according to Cal Fire. Nearly 40 structures have been damaged and five injuries are reported, officials said.