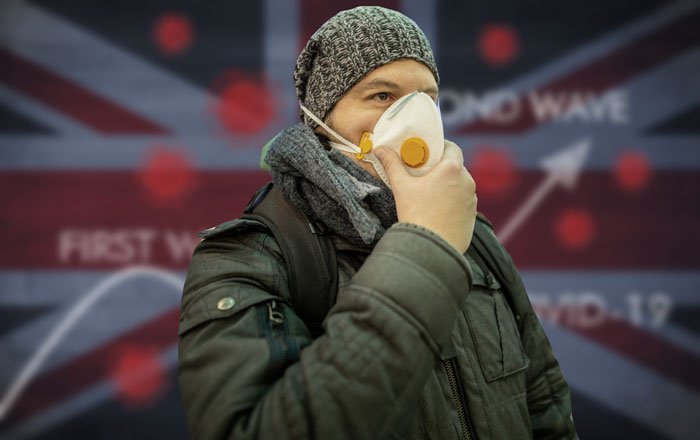 The rules about wearing facemasks in public places in England are putting too much emphasis on individual choice, leading to confusion, according to a new survey.

The nationwide study found that four in 10 (40 percent) of people in England are utterly baffled by the face mask policy of the country – and, as such, 72 percent would like the government to make masks compulsory in all public places again.

Unlike other UK nations, in England, you are no longer required to wear a mask in public places – though the government “expects and recommends” they are worn in large gatherings.

However masks are mandatory on public transportation in London and other institutions can make their own rules.

More than one in 10 (13 percent) of people in England said they felt confused when shops and public transport providers display signs asking that masks are worn, given the emphasis on individual choice.

While the same number (13 percent) confessed that they often forget to take a mask with them when going out, now the rules have changed.

The study, by insights agency Perspectus Global, found that currently 53 percent of people in England claim to wear masks in all public places, but that 16 percent said they now never wear one.

While almost two thirds (32 percent) admit they decide whether to use one based solely on what everyone else is doing in the place they are visiting.

The survey found 36 percent of people carry a mask and put it on if other people are wearing one, 23 percent feel embarrassed not to use a mask if everyone else is, and 20 percent remove their mask if no one else is wearing one, no matter what the situation.

“This research reveals just how confusing many people in England find the rules about face coverings in public places, and also how changeable our behaviour can be when it comes to whether or not we wear a mask, depending on the situation,” said Jon Horsley of Perspectus Global. “The fact that so many people want to return to mandatory face masks is a reflection of just how complicated we find the current rules.”

The study found that young people in England in particular are confused by the policy – with 52 percent of 16-to-29-year-olds unable to grasp the legalities, compared to just 28 percent of over-60s.

Perhaps that explains why this age group younger were more likely to forgo masks completely, with over a fifth (21 percent) admitting they never wear them.

The data also found that the issue of face masks remains an emotional subject, with 32 percent of respondents admitting they get angry if they see someone else not wearing a mask in public.

Of the 2000 Brits polled for the study, Scottish respondents were the most likely to want a continuation of mandatory face masks (78 percent), compared to 74 percent in Wales, and 72 percent in Northern Ireland and England, respectively.

More than one in 10 (13 percent) of people in England said they felt confused when shops and public transport providers display signs asking that masks are worn, given the emphasis on individual choice.