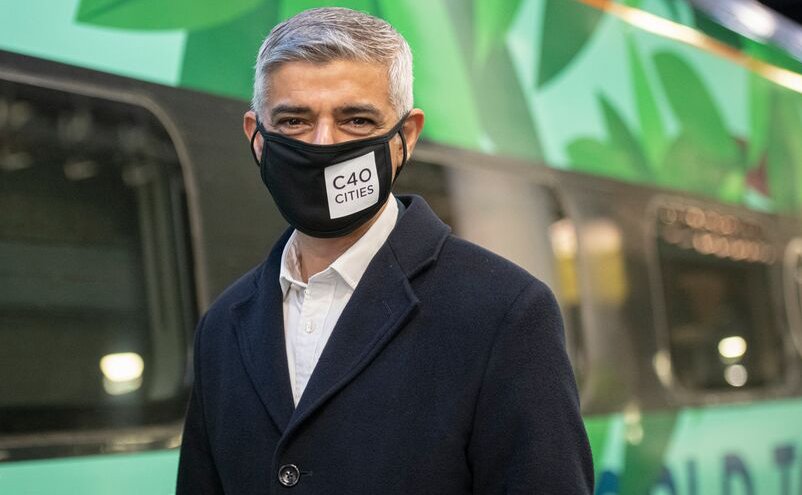 London’s mayor, Sadiq Khan, has launched what he described as “bold proposals” to secure more than £500 million for investing in climate action by issuing green bonds.

He said the plans will accelerate London’s push to net-zero by helping to tackle rising energy bills and the climate emergency. At the outset the mayor is committing a record £90 million of GLA funds to support the ambition, with £4 million to develop high-impact green investment opportunities for the public and private sector; and £86 million to support a substantial GLA Green Bond programme, financing direct decarbonisation investment by the GLA Group and its strategic partners as part of the Mayor’s Green Financing Facility.

Khan who is also chair of C40 Cities, said: “I’ve committed to making London net zero by 2030, faster than any other comparable city. We are facing a pivotal moment in our efforts to tackle the triple dangers of toxic air pollution, climate change and congestion to the health of Londoners and wider society. I also want London to be a zero-pollution city and have expanded our Ultra Low Emission Zone to cover all of inner London so that far fewer children have to grow up breathing toxic air.”

His proposals are estimated to support more than one million tonnes of carbon savings over the lifetime of the projects and lower energy use by 328,638 MWh a year, the equivalent to the energy used by nearly 85,000 homes in a year, while supporting jobs in London.

This investment will support projects making social housing and public buildings energy efficient, as well as clean, local energy projects providing solar PV, heat pumps and district heating across London. By committing an initial £90 million Khan said he believed it will help unlock over £500 million to finance such low-carbon projects.

“I have been clear that climate action and our economic recovery must go hand in hand. This will require record investment and coordinated action from everyone – cities, businesses, national governments and communities – to truly turn the tide. That is why I am leading the way by committing £90 million to help unlock more than £500 million of private investment through green bonds to support low carbon projects and create the green jobs that will help make our target of a zero-carbon capital a reality by the end of this decade.”

Khan added London continues to be a world leader in green finance, this new funding builds on the £30 million  committed to the Mayor’s Energy Efficiency Fund at COP26 in Glasgow which is expected to leverage up to £150 million of investment into London projects. “This latest announcement shows a clear acceleration of efforts to achieve his net-zero ambitions, building on his Net Zero pathway report launched in January.”